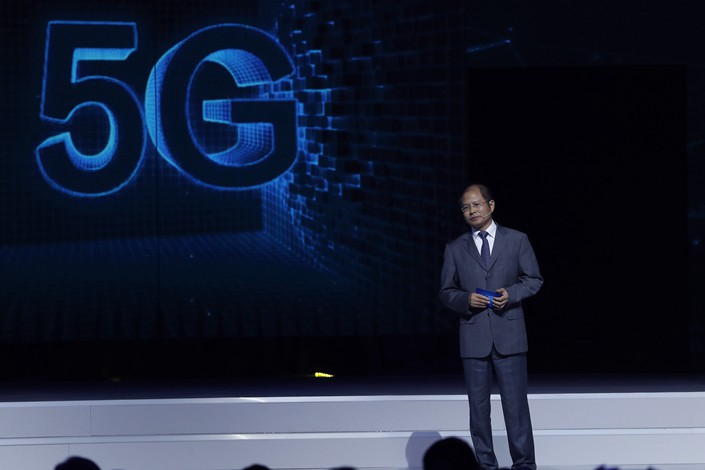 After coming under assault from a U.S.-led campaign questioning the safety of its core networking equipment, telecom giant Huawei Technologies Co. Ltd. has come back swinging by defending itself and its products in a wide-ranging series of interviews with foreign media. Those have included interviews with the low-key Ren Zhengfei, Huawei’s media-shy founder who in the past rarely did such meetings.

The U.S. doubts center less on current deficiencies with Huawei products, and more on potential relationships between the company and Beijing, which often takes a more hands-on approach to its young private sector than most Western nations. Huawei has denied any such connections, and Washington has yet to provide evidence of deliberate product designs aimed at facilitating spying.

The Washington campaign has led the U.S., Australia and New Zealand to ban Huawei equipment outright in their upcoming 5G wireless networks, while a growing list of other countries including Japan and Germany are reportedly considering such moves, according to previous media reports.

In the latest interview in its counter-offensive to convince the world of its products’ safety, rotating Chairman Eric Xu sat down with a group of reporters last week in Britain, which has been among the more receptive major Western countries toward Huawei’s equipment. The following is an edited version of parts of his interview relating to the security question.

Caixin: Do you have any response to (U.S. Secretary of State) Mike Pompeo’s remarks about the role that Chinese companies can play in the rollout of 5G? Given that we have seen some in Germany and France seeming to indicate that they are not necessarily going to follow the U.S. lead on this (by banning Huawei equipment), is that a sign that China is winning the argument?

Eric Xu: I certainly cannot comment on whether China has won the argument or not. I think Mr. Pompeo’s remarks are just yet another indication that the U.S. government is undertaking a well-coordinated geopolitical campaign against Huawei. It’s essentially using a national machine against a small company, as small as a sesame seed.

So we have been wondering, and I think many other people may have been asking this question, is the recent fixation on Huawei truly about cybersecurity, or could there be other motivations? Are they truly considering the cybersecurity and the privacy protection of the people in other nations, or are there possibly other motives?

Some other people argue that they try to find leverage for the U.S.-China trade negotiations. Some other people argue that if Huawei equipment was used in those countries, U.S. agencies would find it harder to get access to the information of those people, or find it harder to intercept the mobile communications of those countries or their leaders.

If the U.S. government has political motivations, how would you see the ultimate outcome in, say, five to 10 years down the road, in the sense whether the cyber world, the technology community would be divided into one China-led, the other U.S.-led?

When we look at major equipment providers for 5G, you have Nokia, Erickson, Huawei, Samsung, and ZTE. As you can see, there is no American company here. China and Europe have been working together, trying to put into place a unified global standard for 5G and also the future of mobile communication technologies, in order to reduce the overall cost and improve return on investment for all of the players in this industry.

Through the concerted efforts of the industry, we are seeing a unified global standard for 5G. That means all of the players can follow this one standard as they develop 5G-related products. But now, some politicians have turned either 5G or cybersecurity into political or ideological discussions, which I believe are not sustainable.

There were reports that Donald Trump is considering an executive order to ban Huawei equipment in the U.S. What impact would that have on America’s ability to roll out 5G and how worrying is that? How worried you are about the prospect of a country of America’s size banning Huawei?

Huawei’s infrastructure equipment is basically not present in the U.S. market. And even smartphones now are virtually not present there. In history, Huawei’s 4G equipment served rural carriers in the United States, providing universal services to people living in remote rural areas. No matter how the outcome turns out, I think it would not have a major impact on Huawei’s business.

At the end of last year, we had the head of (UK spy agency) MI6 and the (UK) defense minister both sort of made vague suggestions that they weren’t sure about Huawei’s security. I just wanted to get your perspective on how frustrating that side of it is, in terms of still having to deal with things like this.