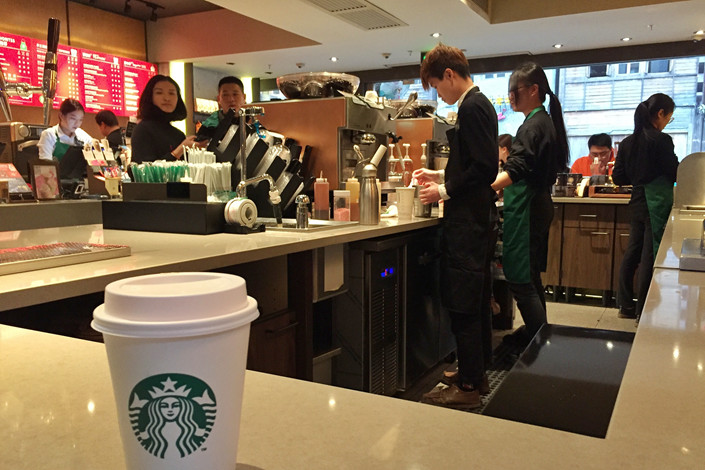 (AFR) — The growth in the Chinese middle class is one of the strongest demographic opportunities for investors in a generation. Most, however, have little exposure to this theme — even those invested across global indices.

The Chinese middle class is forecast to double from about 300 million to 600 million people in the next five years. While the definition of middle class varies widely, it is commonly characterized to include those but the poorest 20% and the wealthiest 20%. It is natural as more people enter the middle class that they will have more disposable income to spend on discretionary purchases.

Buying cars, property, healthcare, mobile phones and a change of diet are all examples of the opportunities for investors.

Growth in Chinese coffee consumption is one of the key drivers behind Magellan’s investment into Starbucks, Ross said. There are 3,400 Starbucks stores in China. The company is forecast to open 600 stores in China each year for the next five years, which equates to annual growth of 15%. With a pre-tax return of 85% on investment from these stores, the investment case seems compelling.

“China is the world’s largest physical market. Not just for iron ore and copper but everything imaginable: aeroplanes, autos, mobile phones, semiconductors, running shoes and luxury handbags. Indeed, it is hard to imagine a physical market for which China is not the largest customer,” said Andrew Clifford, CEO of Platinum Asset Management.

With growing car ownership in China comes the need for insurance. This helps explain Platinum’s investment into Ping An Insurance, the number one global insurance company on the 2018 Forbes Global 2000 list. Ping An, which trades on a price earnings multiple of around 11, is growing rapidly and boasts a technology-first mindset. Its fintech capabilities are world class and its health business and life insurance businesses are also booming.

Needless to say, there are few listed companies in Australia trading on a price earnings multiple of 11 that are growing their earnings.

To help put further perspective on what the next five years might look like for the Chinese middle class, let’s look back five years. All the statistics are courtesy of Platinum Asset Management.

In 2014 there were 25 million motor vehicles sold in China and in 2018 the number was 28 million, according to Platinum. Chinese box office revenue in 2014 was $5 billion and in 2018 it took in $9 billion. There were 640 million internet users in 2014 and in 2018 there were more than 800 million. Roughly 109 million overseas visitors entered China and in 2018 the number of tourists was over 150 million. About 14 billion express post parcels were delivered in 2014 and in 2018 parcel delivery grew to over 50 billion parcels. Roughly 32 million Chinese passengers flew domestically every month in 2014, rising to around 50 million passengers per month in 2018.

To cope with the surge in air travel, China plans to build more than 70 new civil airports by 2020 to make the total 260. That’s up from 175 in 2010. The opportunity for inbound tourism into Australia is enormous.

The numbers are phenomenal and difficult to grasp for many Australians. More importantly, investors who base the majority of their investments domestically are ignoring this generational tailwind.

Clearly there will be peaks and troughs in the Chinese economy, although it is still growing at around 6% a year, good by Western measures. Just the growth of the Chinese economy each year is larger than the entire Australian economy.

Investors would be wise to look through the short-term economic cycles and embrace the extraordinary opportunity that is before them.