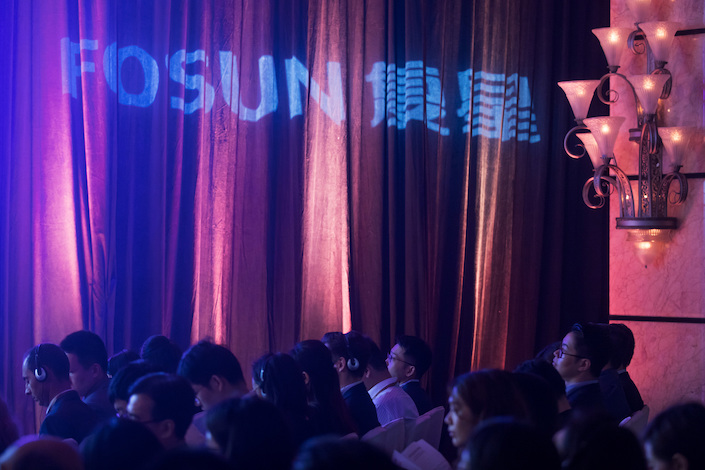 Fosun International branding is projected on a curtain during a news conference in Hong Kong. Photo: VCG

Fosun announced in a stock exchange filing on Tuesday that it will pay 8.6 million euros ($9.7 million) to lift its existing shareholding in Tom Tailor from 28.89% to 35.35% by buying new shares at 2.26 euros each.

Under German law, the buyers seeking a stake in a company higher than 30% are obligated to make a takeover offer for the shares of all other shareholders. Fosun offered a price of 2.26 euros per share to purchase all the other shares of Tom Tailor in cash. The deal hasn’t been finalized.

Founded in 1962, Hamburg-based Tom Tailor mainly sells mid-priced casual wear in Europe. Its sales fell 3.2% year-on-year to 214 million euros in the third quarter last year, which the company blamed on a drop in clothing consumption in Germany.

Fosun started as a pharmaceutical company in 1994 but has evolved into a global investment conglomerate with assets spanning the financial, real estate, health care and fashion industries.