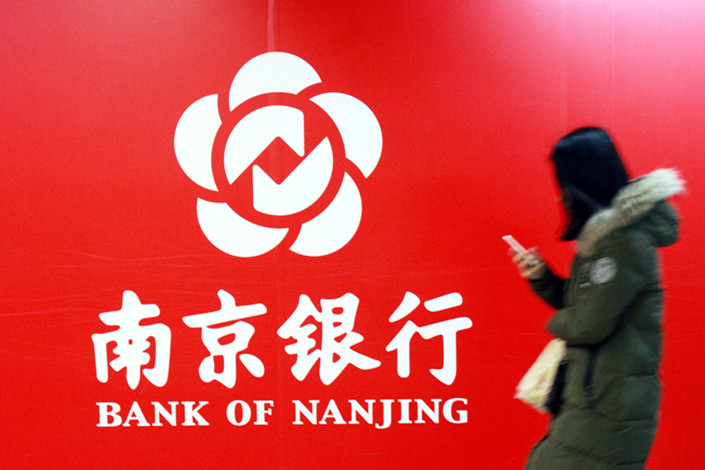 Established in 1996, the Bank of Nanjing was one of the first lenders granted a license to be a primary dealer in the interbank bond market. Photo: VCG

The Bank of Nanjing confirmed Wednesday that three of its executives are unable to perform their duties, amid rumors that they are being questioned by the authorities in the latest crackdown on corruption in the financial industry.

Sources told Caixin that the trio have been put under investigation by the Communist Party’s anti-corruption watchdog in Jiangsu province capital Nanjing since Friday. Some bond market observers suspected they were probably involved in illegally funneling lucrative benefits to government officials or other people through the sales of structured financial products.

Dai and Dong were unreachable when Caixin tried to contact them by phone on Tuesday, while Li hasn’t posted on WeChat Moments, a function on the messaging app similar to Facebook’s News Feed, since last week.

Rumors that they were being investigated for problematic bond transactions started to circulate last week, causing shockwaves among investors as the Bank of Nanjing is a key bond market maker and Dai is a respected veteran bond trader. Established in 1996, the bank was one of the first lenders granted a license to be a primary dealer in the interbank bond market. The bond business currently contributes more than 30% of its profit.

The investigation of the trio may also underline that the anti-corruption campaign remains high on the agenda of China’s financial regulators this year.

Guo Shuqing, chairman of the China Banking and Insurance Regulatory Commission, and Li Xinran, the agency’s top graft-buster, both vowed in January to broaden the crackdown on corruption in the financial industry this year. Guo at the time pledged both “strong supervision and strong regulation” to “firmly prevent pernicious corruption” and called for the industry to learn from the case of Lai Xiaomin, the fallen head of one of China’s largest bad-asset managers.