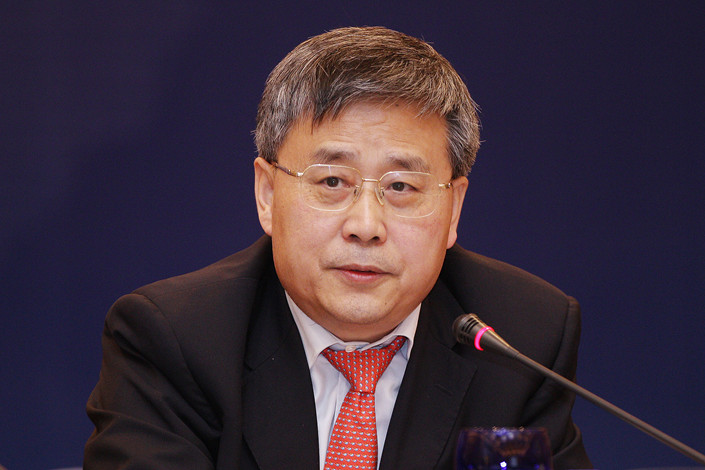 The chairman and top graft-buster at the China Banking and Insurance Regulatory Commission (CBIRC) both vowed on Wednesday to broaden the crackdown on corruption in the financial industry this year.

The CBIRC statement echoed Sunday’s annual communiqué by the Central Commission for Discipline Inspection (CCDI), which vowed to step up the fight against corruption in the financial industry. The CCDI is the national body that investigates corruption and enforces discipline among Communist Party officials.

CBIRC Chairman Guo Shuqing called for the industry to learn from the case of Lai Xiaomin, the fallen head of one China’s largest bad-asset managers, according to the statement.

Lai, the former head of Huarong Asset Management Co. Ltd., was arrested in November on a range of charges including embezzlement of public assets. In one of the highest-profile corruption cases of 2018, Lai reportedly had three metric tons of cash stashed at home and a 300 million yuan ($44.3 million) bank account under his mother’s name, Caixin earlier reported.

Guo pledged both “strong supervision and strong regulation” to prevent “malignant” corruption in the financial industry, the statement said.

Li Xinran, top CCDI graft-buster embedded at the regulator, said the commission would maintain its tough stance in the fight against financial corruption, attacking graft cases as soon as they emerge, regardless of the rank or position of those involved, the statement said.

In recent years, the CCDI has been taking a harder look at China’s central bank and key financial regulators as part of an intense anti-corruption campaign that President Xi Jinping launched in 2012. In 2016, the CCDI started embedding inspectors at the key regulators. Li, who is famous for going after high-level officials, was appointed the commission’s head of discipline inspection in September 2017.

In a separate announcement on Monday, the CCDI hinted that it will expand the scope of inspections to state-owned financial institutions such as banks in order to “more forcefully tackle corruption in the industry” and “step up scrutiny over groups with vested interests that have intertwined political and economic ties.”

In its annual communiqué last year, the CCDI mentioned a crackdown on corruption in a specific area of finance. However, the measure was limited to corruption linked to high-risk loans.