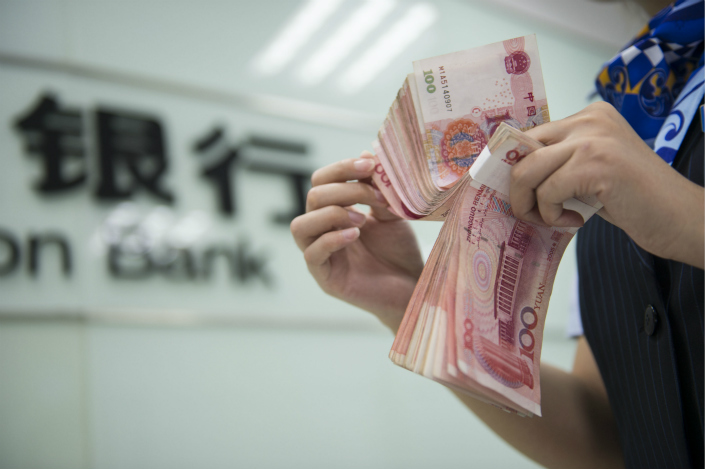 The Central Commission for Discipline Inspection said it will focus its national anti-graft on officials who have continued to engage in wrongdoing since the 18th Party Congress in November 2012. Photo: IC

China’s top graft-buster is now targeting banks as it vows to wipe out corruption linked to high-risk loans.

Corruption linked to “financial credit,” usually loans given to fund loosely regulated trust, insurance or other asset management products, was among four key areas targeted for an immediate crackdown. The other priorities are eliminating bribery linked to official appointments; government supervision and approvals; and resource allocation, according to a communiqué released by Central Commission for Discipline Inspection (CCDI) after its second plenary session on Saturday.

It is the first time that CCDI, the national body that fights corruption and enforces discipline among officials, mentioned “financial credit” in its communiqué, which is issued once every five years, after the key Communist Party congress. Many market observers believe it is a signal that banks will become the next target of the country’s sweeping anti-corruption campaign, which began in 2012.

The CCDI said it will focus on officials who have continued to engage in wrongdoing since the 18th Party Congress in November 2012, and step up scrutiny over “groups with vested interests that have intertwined political and economic ties.”

Among them, Xiang was the first incumbent top regulator that stepped down after the CCDI’s investigation, whose misdeeds in association with corruption on “financial credits” and “government supervision and approvals” were highlighted in the communiqué this time. Xiang was formerly chairman of the board at the country’s second-largest lender, Agricultural Bank of China.

Since 2017, at least nine senior banking executives — some with China’s “Big Four” lenders, others from city commercial banks and smaller rural commercial banks — were under investigation, according to data compiled by Caixin.

A strong message about tightening supervision to weed out graft throughout the country’s banking industry has also been sent through several previous personnel changes.

Li Xinran, who gained fame as a go-getter who tackled “big tigers” while working in the central disciplinary commission system, was appointed head of discipline inspection at the China Banking Regulatory Commission (CBRC) in September. Also, a dedicated CCDI graft-buster, Zhou Liang, was tapped to lead the CBRC as vice chairman in December.

China is constantly highlighting its determination to stamp out misdeeds that threaten the stability of its financial system. This includes clamping down on the practice of giving highly leveraged loans and reining in the country’s “shadow banking” sector, which has created a complex web of investments that exist outside banks’ balance sheets.

Total assets of Chinese banks quadrupled in the past decade, largely due to a 4-trillion-yuan ($619 billion) stimulus package that kicked off in 2009. Assets under lenders’ management ballooned to 244 trillion yuan as of November, a drastic average annual growth of 17% from 54.1 trillion yuan at the end of 2007.