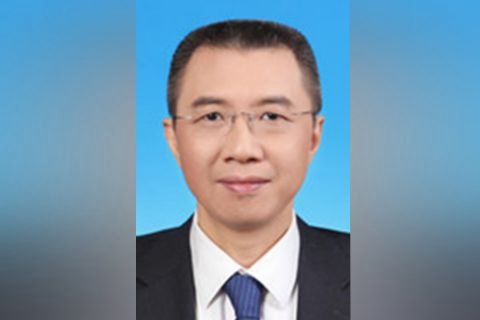 A former graft-buster has been put into the leadership of China’s top banking regulatory body, highlighting Beijing’s determination to root out misdeeds that threaten the stability of the financial system.

Zhou Liang, 46, has been named as a vice chairman of the China Banking Regulatory Commission (CBRC), according to a statement on the commission’s website late Thursday.

Zhou joins Guo Shuqing—named chairman in February—three other vice chairmen and a discipline inspection chief to form the top leadership of the banking regulatory body.

Zhou is the second senior CBRC official appointed with a strong anti-corruption background. In late September, 45-year-old Li Xinran, a veteran in the central discipline commission system, was named head of discipline inspection at the CBRC, as the former head neared the mandatory retirement age.

Li had participated in top-level corruption investigations, including of Bo Xilai, a member of the Politburo and the party chief of Chongqing who was found guilty of corruption and sentenced to life imprisonment in 2013.

Also in September, another well-known graft-buster, Lin Guoyao, was appointed to head discipline inspection at the China Insurance Regulatory Commission.

President Xi Jinping launched a sweeping anti-corruption campaign in 2012. And the reshuffling at the country’s top financial regulatory bodies is being seen as a signal of the central government’s determination to uncover corruption and market misdeeds that threaten the financial system.

Since last year, disciplinary inspections have swept through the central bank, the CBRC, the CIRC and the China Securities Regulatory Commission. Top officials who have been brought down include Zhang Yujun, then the assistant

Investigations have also been launched at financial institutions seen as thriving over the years through dubious relationships with graft officials and questionable practices to maneuver market resources. Companies in the spotlight include Anbang Insurance Group, one of China’s most acquisitive dealmakers that has sparked questions about its complicated ownership structure and highly leveraged investments; and conglomerate Tomorrow Holding Group, whose founder Xiao Jianhua has been assisting authorities with unspecified investigations since January, according to several overseas media outlets.

At the annual meeting to set financial policy in July, President Xi reiterated the threat of regulatory corruption.

According to the CBRC’s website, Zhou, a Hunan native, holds a master’s degree in economics from Jinan University in Guangzhou. After graduation, he worked for the Guangdong provincial government. In the late 1990s, he became the secretary to then-deputy Guangdong governor Wang Qishan.

Wang, who recently stepped down as China's top anti-graft official, headed the Guangdong government between 1997 and 2000. Wang is credited with averting a crisis in the provincial system after the $4 billion bankruptcy of state-owned Guangdong International Trust & Investment Co.

Zhou was later appointed to positions in the provincial government of the southern island of Hainan, the municipal government of Beijing, the State Council and then the CCDI. In August 2015, he became head of CCDI’s organization department.

A CCDI official told Caixin that Zhou’s appointment to the CBRC leadership will reinforce discipline on officials and oversight of the financial system.

In late October at an internal meeting at the CBRC, officials pledged to strengthen efforts to discipline officials, crack down on market violations and bolster supervision to prevent systemic risks in the financial system.