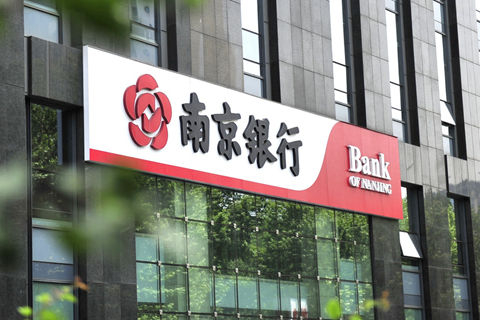 Bank of Nanjing had planned to use the proceeds from the offering to supplement capital. Photo: VCG

China’s securities regulator issued a surprise rejection of a private placement proposed by a listed commercial bank, raising speculation on whether the regulator is tightening its scrutiny of how banks raise capital.

Bank of Nanjing, a city commercial bank in the capital of eastern China’s Jiangsu province, said Monday in a statement that the China Securities Regulatory Commission (CSRC) rejected its plan to raise as much as 14 billion yuan ($2.05 billion) by issuing as many as 1.7 billion shares in a private placement with a group of investors.

It was the first time the CSRC rejected a private placement plan of a listed commercial bank. Market participants said they wondered whether the move signals tightened scrutiny of bank capital-raising, or that Bank of Nanjing’s plan was flawed.

A person close to the bank told Caixin that the CSRC hasn’t elaborated to the bank on the reason for the rejection. The bank will consider whether to revise its plan or pursue other fundraising options once it gets feedback from the regulator, the person said.

Chinese banks are working to build up their capital cushions after a record lending spree as China tries to reduce leverage across its system and rein in financial risk. Several city commercial banks are planning to raise capital through the secondary market, a sign showing that banks face pressure on capital supplementation.

Huatai Securities, China’s fourth-largest broker, and Nanjing Securities were joint sponsors of the proposed offering. The rejection caught the banks and sponsors off-guard as previous communications with the CSRC’s review committee had been smooth, sources said.

Bank of Nanjing had planned to use the proceeds to supplement its tier-1 capital, which serves as the core measure of a bank's financial strength. The bank is expected to relaunch its capital supplementation plan, sources said.

The person close to the bank said the rejection of the private placement plan will have a short-term impact on the bank but the overall effect will be limited because the bank’s governance and business remain solid.

Some market participants speculated that the rejection was related to a previous penalty imposed on the bank by the local banking regulator.

In January, the Jiangsu Banking Regulatory Bureau levied a 32.3 million yuan fine against a branch of the bank for violation of the rules of prudent operation in its bill business, or lending between banks.

The penalty was part of a massive fraud scandal involving China’s state-owned Postal Savings Bank and 11 other lenders. A sub-branch of the Postal Savings Bank was caught selling 3 billion yuan of wealth management products to raise money to repay forged discounted bills of exchange sold to other banks. Bank of Nanjing was the only mainland-listed bank fined in the scandal.

But a person close to the Jiangsu banking regulator told Caixin that the CSRC’s rejection of Bank of Nanjing’s stock offering plan has nothing to do with the penalty. Even though the penalty was levied earlier this year, the violation didn’t occur recently, and the penalty was not as severe as other high-profile cases, the person said.

As of the end of 2017, Bank of Nanjing had a tier 1 capital ratio of 7.99%, which is close to the 7.5% bar for non-systemic important banks required by regulators.