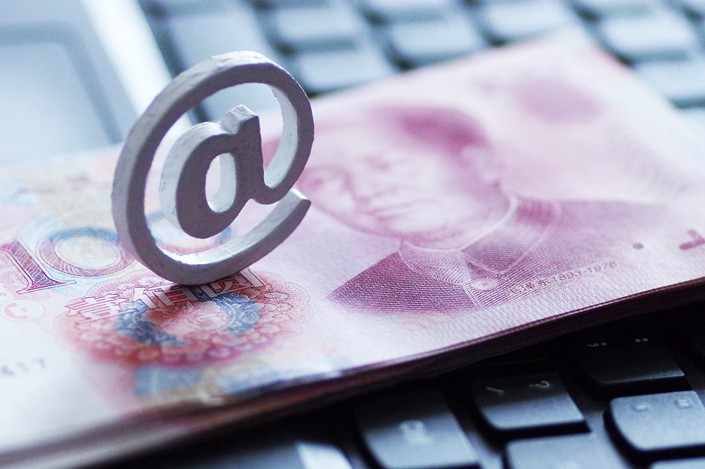 Ant Financial Services Group has struck a deal with the port city of Tianjin to help it build a supervision platform to monitor and identify real-time financial risks and track down evidence of wrongdoing. Photo: IC

Ant Financial, an affiliate of e-commerce behemoth Alibaba Group Holding Ltd., has struck a deal with the northern port city of Tianjin to help it build a supervision platform to monitor and identify real-time financial risks and track down evidence of wrongdoing. Under an agreement reached recently between the company and the Tianjin Municipal Bureau of Financial Affairs, Ant Financial will provide its risk control technology to the project.

This is the seventh agreement Ant Financial has struck with local financial regulators over the past three months, including those in the capital city of Beijing, the southern city of Guangzhou, Chongqing in the southwest, and Xi’an in the north. More than 10 local authorities in other regions are also exploring cooperation with the company, an executive with Ant Financial who declined to be named told Caixin.

Chinese local authorities are trying to tap the technology know-how of internet companies to beef up their ability to detect violations in the fight against rampant online money swindling schemes. The web makes wide-scale scamming easy partly because it transcends geographic boundaries and provides access to investors in locations outside the jurisdiction of local regulators.

It signed an agreement in December to cooperate with authorities in Beijing and Shenzhen, the mainland city bordering Hong Kong, to develop financial security platforms based on Tencent’s big data resources. The company has also agreed to build similar infrastructure with regulators in Guangzhou and the central province of Jiangxi to analyze, identify, monitor and send early warnings on financial dangers.

But the different data and algorithmic systems behind the technologies means regulators can’t rely on only one company.

“The sources and structure of data and the methodology of risk forecasting at Tencent and Ant Financial are different,” Huo Xuewen, head of the Beijing Municipal Bureau of Financial Work, which is cooperating with both companies, told Caixin. Ant Financial’s data are mainly based on online transactions, while Tencent’s largely come from social networking platforms, he said.

“It’s impossible for one company to cover all the data sources, so we have to cross-check information so that we don’t miss anything,” he said.

Tie-ups between local financial regulators and technology firms have accelerated as the number of troubled online peer-to-peer (P2P) lending platforms has surged over the past month.

At least 115 P2P platforms have run into trouble this month, according to figures compiled by Wangdaizhijia, an internet-lending research firm. Some have stopped investors withdrawing their money; others have shut down after liquidating their assets; while others have fallen victim to fraud as their owners fled. Several companies have been placed under police investigation for illegal fundraising.

In June, 63 P2P platforms either had difficulty meeting demand for cash withdrawals or saw their owners take off with investor funds, the highest single-month number since August 2016, according to Wangdaizhijia. The number of platforms operating normally last month fell by 36 to 1,836, its data show.

The latest case to grab the headlines is that of Lu Zhijian, the ultimate controller of Touzhijia.com, a well-known fintech and P2P platform that was put under investigation for fundraising fraud by Shenzhen police in mid-July. Investigations by Wangdaizhijia have found that Lu has multiple ID cards with different names and cannot be contacted, according to Wang Ditao, CEO of Wangdaizhijia, which itself was founded by a former chairman of Touzhijia.com.