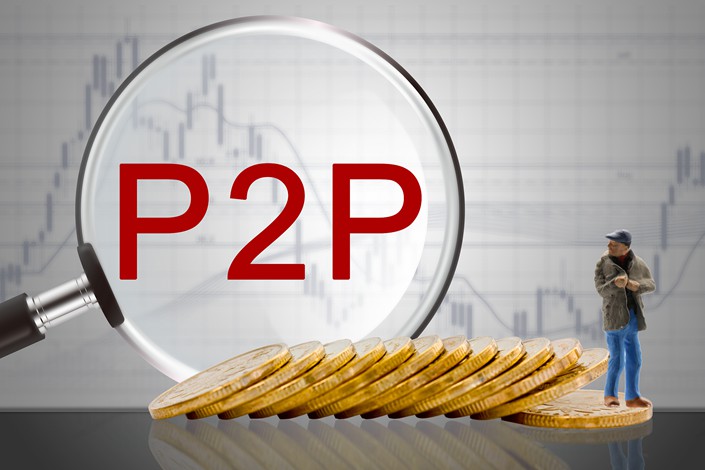 Besides the orders that executives refrain from absconding, industry groups have asked P2P platforms to ensure their senior managers remain contactable and not to change offices. Photo: VCG

*Industry groups in Shanghai, Guangzhou have banned P2P executives with overdue loan payments from running off with investor funds

(Beijing) — Bosses of online peer-to-peer (P2P) lending platforms have been warned against disappearing with their customers’ money, as a wave of missed payments and company closures has sparked panic among investors.

In the cities of Shanghai and Guangzhou, the local government-linked internet finance industry groups issued news releases on Monday that announced they have banned executives of P2P platforms with overdue loan payments from running off with investor funds or going out of contact. In addition, the Guangzhou group required companies to report to regulators if they plan to close down or leave the P2P lending business.

The Shenzhen Internet Finance Association, supported by the government of the city neighboring Hong Kong, said on Friday that it has asked P2P platforms not to change offices or shut down their websites while withdrawing from the business.

It also required the companies to ensure their senior managers remain contactable.

P2P platforms are meant to be merely information providers, according to Chinese rules. But in practice most are more involved in lending than they are supposed to be. For example, some have pooled savers’ funds that they then lend out, often creating maturity mismatch risks. Others have repaid investors when borrowers failed to pay.

The warnings come amid an upsurge in reports of P2P investors that have not been repaid on time and company bosses who have absconded with investors’ money. Analysts have pinned the crisis on a cooling Chinese economy, tighter liquidity as the government presses ahead with a campaign against off-balance-sheet banking, as well as the approach of an official deadline for P2P platforms to comply with rules or get out of the business.

A total of 63 P2P platforms either had difficulties meeting cash withdrawal demands or have seen their owners take off with investor funds in June, the highest monthly number since August 2016, according to a report by internet lending research firm Wangdaizhijia earlier this month. There were 1,836 P2P platforms still operating in China in June, down by 36 from a month ago.

The number of troubled platforms continued to soar this month. By Friday, there were 66 whose borrowers had missed loan payments, failed to allow investors to withdraw their money, shut down after liquidating assets or whose owners had fled. Several of the companies have been placed under police investigation, according to figures compiled by Wangdaizhijia.

To rein in industry misconduct, authorities in December said P2P platforms had until the end of June to comply with the industry regulations and register with the government, which fueled expectations of a large number of companies getting knocked out of the business.

The central bank said last week that it was extending a nationwide campaign (link in Chinese) to crack down on violations in the fledgling online lending market. Sources close to the central bank told Caixin that regulators have postponed the deadline for P2P platforms and online microlenders to comply with the rules to June 2019.

But jittery investors have been seeking to leave the market anyway due to regulatory uncertainty and concerns about the platforms’ lax risk controls.

The National Internet Finance Association of China, which is overseen by the central bank and other financial regulators, noted in a statement on Monday that overdue payments on internet loans have been rising and the number of closures of P2P platform has been increasing, with some borrowers “maliciously evading debt.”

To ease investor fears, the association called on the platforms to take effective measures to minimize potential risks arising from the overhaul of the industry.