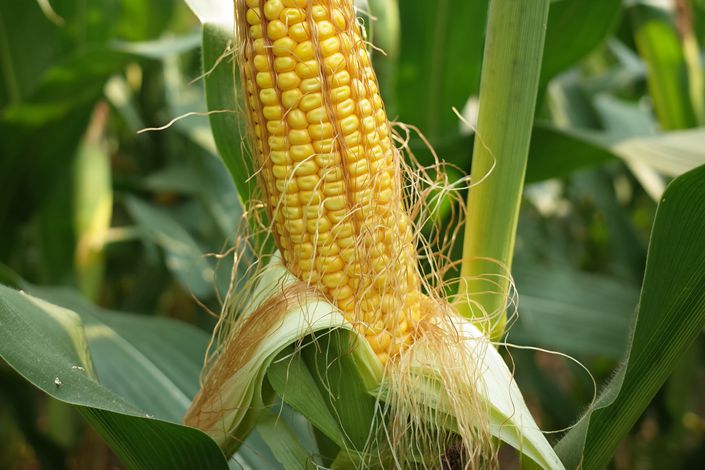 Yuan Longping High-Tech admitted that it had marketed genetically modified corn seeds without required licenses but did not respond to questions over whether it has been punished over the matter. Photo: IC

A company named after China’s “father of hybrid rice” supplied illegal genetically modified (GM) corn seeds to dealers in North China, resulting in their punishment for selling the unauthorized products, according to a newly released court document.

Some GM foods, such as corn and soybeans, are permitted for importation into China for use in animal feed. But commercial planting of such crops in the country, other than cotton and papaya, is banned.

Despite that, illegal planting of GM crops has plagued the country for years as seed developers and crop growers often disregard concerns over health risks to pursue higher margins from crops that often have higher yields and are more resistant to pests.

The company at the center of the latest scandal is Yuan Longping High-Tech Agriculture Co. Ltd., named after Yuan Longping, credited for helping bolster China’s grain security with his research into so-called super hybrid rice. Yuan, 88, is also the honorary chairman of the Shenzhen-listed firm. The super hybrid rice he developed is considered superior to other varieties of the grain in terms of yield, quality and resistance to disease.

Ye Ming, head of a cooperative for corn dealers in Northeast China’s Heilongjiang province, purchased 67,000 bags of Longping 703 corn seeds, each weighing 2.2 kilograms (4.85 pounds), from a Longping High-Tech subsidiary on three occasions in 2015 and 2016, according to the court paper.

Ye sold most of the products to farmers in the province through four other dealers from the same cooperative, even they knew the seeds were developed without licenses and safety clearance, according to the paper.

Ye and three of the dealers were sentenced to two to three years in jail and each was fined between 150,000 yuan ($22,420) and 190,000 yuan for trade in substandard goods at a county court in August last year, according to the court documents released this week. The fourth dealer was fined 50,000 yuan.

It is not clear how local authorities dealt with fields where the illegal crops were planted and the size of the total land involved.

An official with the seed administration in Linkou county, where most of the illegal corn seed was sold, told Caixin earlier this week that it was tipped off over the illegal sales before it alerted police.

Tests by two accredited agencies ordered by local police show that Longping 703 is a variety of corn seed that has been genetically modified, according to the court documents.

Authorities in neither Heilongjiang, where the sales took place, nor Anhui province, where Yuan Longping is based, responded to Caixin inquiries about whether they had shared information over irregularities implicating the company or punished its employees.

Yuan Longping High-Tech, in a written reply, admitted that it had marketed the genetically modified seeds in Heilongjiang without required licenses and had cooperated with local authorities to recall remaining seeds before the case was closed last year.

However, the company did not respond to questions over whether it has been punished over the matter. It only said that the company has tightened governance in accordance with an earlier review to ensure such violations will not happen again.