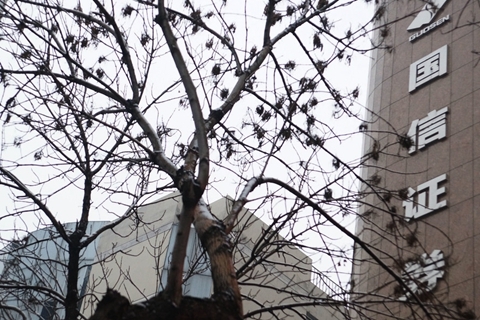 Guosen joined a number of mainland-backed securities and mutual fund companies that have received penalties in Hong Kong for money-laundering flaws and suspicious transaction risks following a late 2016 inspection by the regulator of financial institutions’ compliance.

Investigators found that the Hong Kong unit of Guosen processed 10,000 third-party deposits amounting to HK$5 billion for more than 3,500 clients during a 14-month period until December 2015. Some of the transactions were suspicious as the Guosen clients received deposits disproportionate to their financial profiles or withdrew the money without using it for trading, the regulator said.

Some of the deposits were made to clients with no apparent relationship to the depositors, the SFC added.

The regulator accused the Guosen unit of lacking an effective review mechanism for tracking third-party deposits and inadequate verification of depositors’ identities and their relations with recipients.

“Despite the apparent anti-money laundering and counterterrorist financing red flags, Guosen failed to make inquiries about such third-party deposits and did not submit suspicious-transaction reports in a timely manner,” the SFC said.

Although some Guosen staff members raised concerns over internal control deficiencies with the company’s management team as early as 2013, management didn’t take any steps, according to the SFC. The firm reported more than 2,200 third-party deposits totaling more than HK$2.3 billion as suspicious only in March 2016 following an SFC review, the regulator said.

A Caixin request for comment at Guosen’s headquarters drew no response.

By the end of 2017, 55 mainland brokerages and mutual fund companies set up overseas subsidiaries, mainly in Hong Kong.