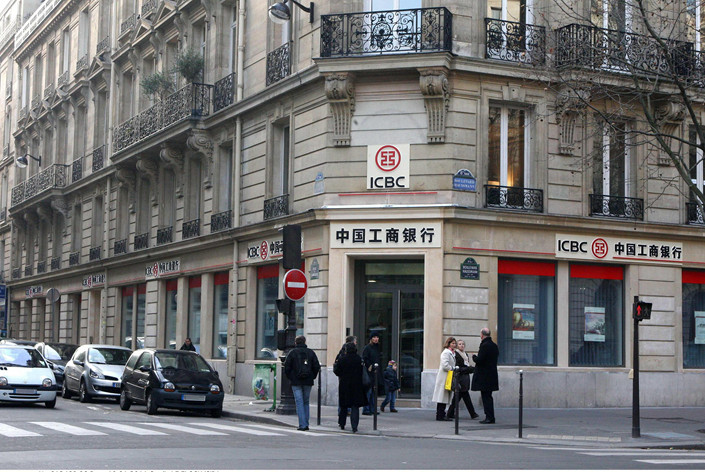 A branch of the International Commercial Bank of China in Paris. Photo: VCG

Banks should “sort out, update and optimize” their systems for preventing tax evasion, compliance with sanctions, consumer protection, internet security and environmental risks, as well as those for countering money laundering and terrorist financing, according to guidelines released by the China Banking and Insurance Regulatory Commission on Tuesday.

Several Chinese state-owned banks have faced fines or warnings in Europe and the U.S. in recent years for violating money laundering regulations. In 2016, several senior executives at the Madrid branch of China’s largest bank, Industrial and Commercial Bank of China Ltd. (ICBC), were arrested on suspicion of being involved in money laundering. In May, the U.S. unit of ICBC agreed to pay $6.16 million in fines to American regulators for insufficient measures to prevent money laundering.

Banks should strengthen corporate governance, clearly set out which people are responsible for compliance and evaluate risks in a forward-looking manner, according to a notice accompanying the guidelines. They should also foster a “compliance culture,” said the notice.

The new regulations give more independence to banks’ overseas branches to comply with local regulations, while also requiring that headquarters do not relax their supervision of branches’ activities, said a specialist in preventing money laundering at an overseas-based bank.