WHO Appoints Panel to Advise on Gene Editing Governance 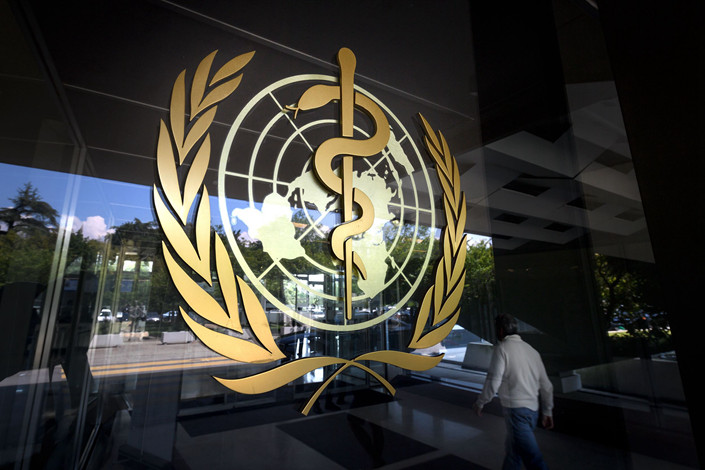 The World Health Organization's headquarters in Geneva on May 18. Photo: VCG

Following the gene-editing controversy sparked by the claimed birth of the world’s first gene-edited babies in China, the World Health Organization has announced the members of a new committee created to monitor and oversee global human genome editing.

The WHO Expert Advisory Committee on Developing Global Standards for Governance and Oversight of Human Genome Editing will convene in Geneva next month to discuss the challenges associated with human genome editing.

It aims to “advise and make recommendations on appropriate governance mechanisms for human genome editing,” according to the WHO website.

The formation of the committee comes after Chinese researcher He Jiankui controversially claimed last year that he had edited the genes of two babies before they were born. The announcement attracted worldwide attention — and condemnation — and He has since been suspended from an assistant professorship position at the Southern University of Science and Technology.

He said he used the CRISPR method to try to remove the CCR5 gene from embryos in a bid to make the resulting babies immune to HIV, and then implanted the altered embryos in a woman. The experiment violated codes governing assisted reproductive technology, ethical review, clinical application management, human embryonic stem cell research, and more — and yet the babies were apparently born last November. It is unclear whether the procedure was effective and experts have speculated on its possible harmful effects.

One of the 18 members of the new committee is Zhai Xiaomei, a medical ethicist and professor at Peking Union Medical College. Speaking with Caixin, she said that gene editing during the reproductive process is not about individual countries and scientists, but that it impacts the whole of humanity. An international consensus must be formed starting with the establishment of the WHO committee, she said.

“We hope to establish an internationally agreed standard that will be promoted through the World Health Organization and adhered to by member states all over the world,” Zhai said.

As the scientific community reels from the revelations and implications of He’s experiment — evidence of which is yet to be produced — more experiments involving human embryo gene editing have come to light. Earlier this month, NPR reported that a team in New York is experimenting with techniques to prevent genetic disease. However, unlike He’s project, their work has been reviewed and overseen by other scientists and ethics experts, and the embryos are only allowed to develop for one day.

At the first International Summit on Human Genome Editing held in Washington, D.C. in 2015, researchers reached agreement on ethical boundaries for gene editing. These included banning the clinical use of such technologies to alter human embryos or embryonic cells for reproductive purposes, but allowing them to be used for basic and pre-clinical research.

Zhai said it was necessary to develop standards for such research and clinical trials so that people know which behaviors are permissible and which are not. The committee’s specific work plan for next 12 to 18 months will be discussed and decided at the first meeting on Mar. 18.

Many nations already have their own standards and guidelines for research and clinical trials that involve editing the human genome, including germline editing, which refers to changes that can be passed on to future generations. This is banned in Canada and much of Europe. But rules in many other parts of the world are not legally binding,

Members of the committee were selected globally, Zhai said, and four of them were also members of the organizing committee for the Second International Human Genome Editing Summit in Hong Kong. Others are highly-regarded scientists such as Robin Lovell-Badge of the Francis Crick Institute and Kazuto Kato of Osaka University in Japan.

The committee is co-chaired by Justice Edwin Cameron, a judge on South Africa’s Constitutional Court and known for his advocacy of HIV/AIDS rights, gay rights, and human rights, and Margaret Hamburg, a former commissioner of the U.S. Food and Drug Administration and the current president of the American Association for the Advancement of Science.