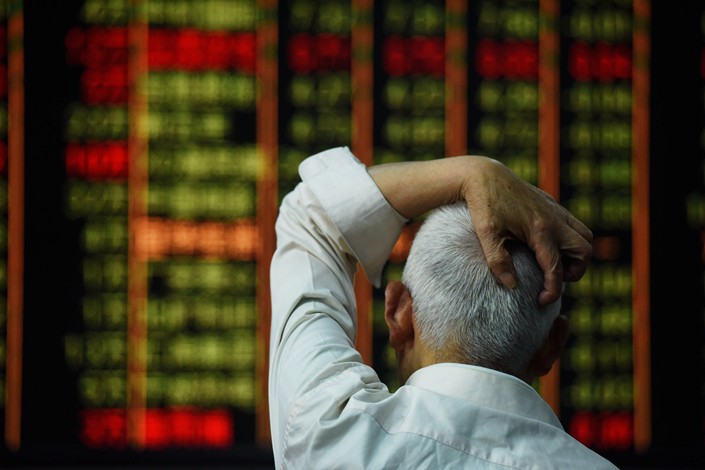 *A MSCI Inc. executive has hinted that A-shares’ weighting in its global indexes could be lower than the 20% expected

*The weighting depends on feedback from clients, the head of MSCI’s Asia Pacific index products said. He added that while MSCI would like to see ever greater inclusion of Chinese stocks in its indexes, it depends on the country’s progress in market reforms

(Beijing) — As China awaits index compiler MSCI Inc.’s verdict next week on how much additional weighting mainland A-shares will get in its global indexes, one of the company’s executives has hinted the final outcome could be lower than expected.

The final weighting of mainland stocks in the indexes could be 20% — but might also be less — pending feedback from MSCI’s clients, Theodore Niggli, head of MSCI’s Asia Pacific index products, said Wednesday at a road show by a joint-venture fund house in Shanghai.

After A-shares won entry to the MSCI indexes in June, the index compiler proposed in September to lift a cap on free-float-adjusted market value of A-shares to 20% from 5%, which it will implement in two stages this year, according to a company statement. MSCI is also looking to make equities listed on the tech-heavy ChiNext board eligible for inclusion starting this year, and mid-cap stocks starting 2020. It will announce its final decision on or before Thursday.

Given the size and importance of China markets, Niggli pointed out that MSCI and its clients have “no interest in having a very small increase in the next 10 years in China,” and would prefer “bigger jumps” in the next phase.

However, the decision will hinge on China’s progress in market reforms, he added.

Lengthy share suspensions, weak corporate governance, and the short-selling mechanism remain risk factors that Niggli said MSCI will need to assess. He added that global investors can compromise on certain things for emerging markets, but their definition on market accessibility does change as time goes on.

The pace of A-shares inclusion into global major indexes, or the opening-up of China’s finance sector in general, has stepped up in the past few years amid a national campaign to give mainland shares more weight in global indexes.

FTSE Russell International Ltd. was the second major index compiler to announce it would include yuan-denominated shares in its benchmark indexes. In September, it said it would add a batch of Chinese A-shares to its FTSE Emerging Index in June, with plans to eventually raise the weighting to 25%. The weighting will likely be lifted further to 50%, CEO Mark Makepeace said in an previous interview with Caixin.

In terms of market impact, an proposed weighting increase to 20% will make China A-shares a more important asset in the portfolio of global managers, and lead to a growth of nearly $68 billion in new capital inflows into the China market, according to an estimate by brokerage China Securities Co. Ltd.

China’s A-shares have a market capitalization of 54.8 trillion yuan ($8.15 trillion), so the estimated capital inflows would account for less than 1% of the total.