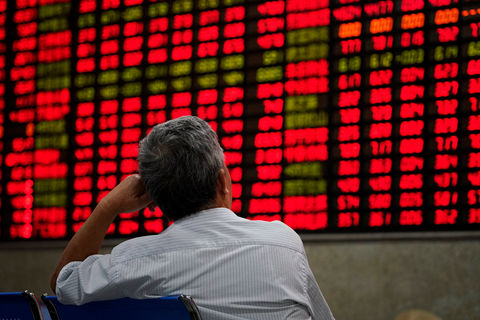 FTSE Russell has become the second major index compiler to include China’s yuan-denominated A-shares into its benchmark indexes, marking another milestone in the country’s efforts to lure foreign investors into its $7 trillion stock market.

FTSE Russell said on Thursday it will add a batch of Chinese A-shares to its FTSE Emerging Index beginning in June 2019, with 25% of each security’s investability weight to be added. The amount will be increased in another two phases, in September 2019, and March 2020. Initial weighting of A-shares in the index will be 5.57%.

All A-shares that can be traded through the mainland-Hong Kong Stock Connect programs, which let foreigners buy certain China-listed stocks, are eligible for the inclusion, according to the index provider. That list currently contains more than 1,200 large, midsize and small-cap securities ranging from big state-owned banks to private furniture-makers.

FTSE’s initial weighting and stock selection were greater than that of its major rival, MSCI Inc., which included some 230 mainland-listed companies into its benchmark MSCI Emerging Market Index in June, giving A-shares an initial weighting of 0.39% that rose to 0.75% in September.

“We believe the markets are now ready, so that we can make the important step,” said FTSE Russell CEO Mark Makepeace in an interview in Shanghai. He hinted that the step is likely to become a stride by the time the final phase of inclusion is implemented in March 2020.

“A 25% (inclusion factor) is very meaningful, but it’s a quarter of the way to include in everything,” Makepeace said. “If successful, the next step should be at least (another) 25%.”

FTSE’s more-aggressive weight of inclusion also reflects competition between some of the world’s major index compilers in their A-shares strategy, with Makepeace seeing “enormous opportunities” in the area.

Just days before FTSE Russell’s inclusion, MSCI said it was consulting with clients to increase the rate of inclusion for China A-shares in its indexes to 20% from 5%, which Makepeace described as a competitive move but also “good for China.”

From a perspective of market impact, FTSE Russell’s decision will likely attract more overseas money into China from some of the world’s biggest asset managers, pension funds and hedge funds over the longer term. Nearly $10 billion of new passive funds could flow into the A-share market as a result of the inclusion of A-shares into FTSE’s indexes in the first phase, according to Makepeace.

FTSE Russell’s move may also give a short-term boost to sentiment in a market that’s been one of the world’s worst performers this year. The benchmark Shanghai Composite Index, a weighted index of the 1,482 A-share stocks traded on the city’s bourse, has dropped about 15% this year.

Makepeace predicted the A-share market could represent some 10% of global portfolios in 10 years, which would translate to $2.5 trillion eventually flowing into the China market.

This year’s decision by the U.K.-based index compiler came as a vote of confidence by international investors in China’s stock markets. It’s also good news for the China Securities Regulatory Commission (CSRC), which has made significant efforts to improve transparency and address the concerns of major global investment funds and institutions on issues that include their ability to sell and repatriate their money.

“The regulators have listened and implemented changes that they know will improve the market but will also (be) welcomed by the international investors,” Makepeace said.

The CSRC applauded the decision at a news conference in Shanghai late Thursday. CSRC Vice President Fang Xinghai vowed to achieve the commission’s goal of building up a stock market that is dominated by long-term funds, and welcomed the decision of FTSE Russell as a step in the direction of that goal.

In addition to the push for inclusion of Chinese shares in global indexes, China has opened up new avenues for investment via two-pronged Stock Connect programs to improve capital mobility that was questioned by index compilers over the past few years.

The first of those prongs, offering mutual access for investors between the Hong Kong Stock Exchange and the Shanghai bourse, was opened in 2014. A second link, connecting Hong Kong with the Shenzhen Stock Exchange, was added in December 2017. Talks are also underway for a Stock Connect between London and Shanghai. Regulators introduced a program this month that allows foreigners who work in China to trade A-shares.

Still, observers have called for more progress. Trading limits, weak corporate governance, and lengthy share suspensions remain the risk factors that FTSE Russell said it will need to assess in the future, Makepeace said. He added that investors showed interest in getting information of shares’ ESG ratings, which assess a company’s environmental, social and governance-related business practices.

Foreign investors held 1.27 trillion yuan ($184.7 billion) worth of Chinese stocks as of the end of June, accounting for around 2.53% of the total market capitalization of domestically traded A-shares, central bank data showed. Though still small, the percentage rose from 2.19% in January.

The Shanghai and Shenzhen stock markets have been among the worst performers so far this year due to concerns over slowing economic growth and the impact of the escalating trade war with the U.S. But that hasn’t deterred foreign investors who have been increasing their holdings, taking advantage of the slump to pick up bargains, a strategy known as “bottom-fishing.”

Shi Bin, Head of China Equities at UBS Asset Management Co., echoed the optimistic view. “We believe now is a good time to cut into China equities, as foreign investors tend to look into long-term returns,” he said. “Without being included into global indexes, A- share investment is just an elective. Now with the inclusion, interest of active funds to invest into A-shares is surely boosted.”