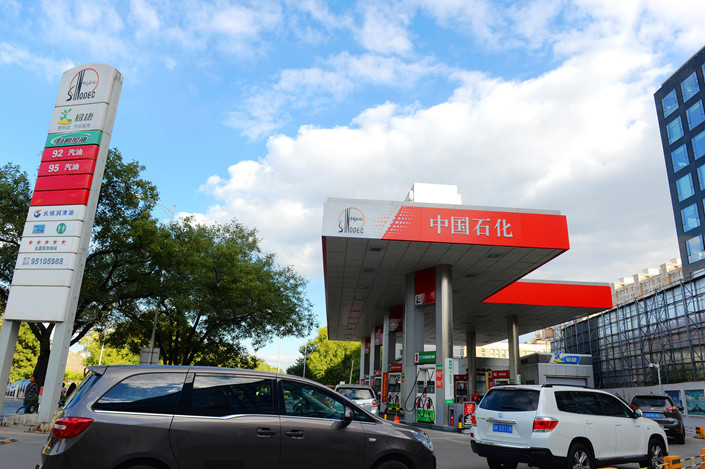 The major losses revealed at the trading arm of China’s top oil refiner China Petroleum and Chemical Corp. (Sinopec) last month are forcing authorities to reassess the level of oversight and control at such institutions as China becomes more tightly integrated in global financial markets.

Markets panicked when news broke that Sinopec had suspended Chen Bo, the president of Sinopec subsidiary China International United Petroleum and Chemicals Co. Ltd., better known as Unipec, along with the company’s Communist Party secretary Zhan Qi. Sinopec’s shares fell 6.75% in trading on the Shanghai Stock Exchange on Dec. 27, with a 4.68% fall seen in Hong Kong.

“The Company was informed that Unipec incurred some losses during certain crude oil transactions due to the oil price drop [in November],” Sinopec explained in a filing. It released the findings of a preliminary investigation on Jan. 25, which determined that the trader had lost around 4.65 billion yuan ($693.65 million) after betting on markets that the price of crude oil would remain high toward the end of the year.

While not as well-known as its parent, Unipec is vital to Sinopec’s operations, buying and importing the crude oil necessary to keep the world’s biggest oil refiner in business. Unipec imported 42% of the 462 million tons of crude oil China brought in last year, making it both China’s largest buyer and the world’s largest importer. Unipec’s main role is to ensure a steady supply and to shield the rest of the company from fluctuations across the global oil market.

Investigations are still ongoing and details are still emerging as to how the company managed to wrack up such huge losses. But it appears that Chen Bo was operating the company’s derivatives operations, which gambles on changes in the future price of oil in order to hedge, make an extra profit or gain a better deal.

Chen Bo had over 20 years’ experience in oil trading and was regarded as one of the world’s best. His public statements would move oil markets, and his position at the helm of the trading arm of such an enormous government-linked company led most to assume he had access to insider information on ongoing trade deals, and the best import-export data.

But like many oil traders across the world, Chen Bo and Unipec appear to have been caught out in the mayhem that rocked global oil prices last year. In January 2018, Brent crude, considered the global oil benchmark, stood at $66 per barrel. By October, it hit a four-year high of $76.9 a barrel. Sinopec’s preliminary investigation suggests Unipec was expecting prices to remain high for the rest of the year. It was not alone. A Reuters survey from 50 economists and analysts expected prices to keep rising, due to geopolitical factors such as reduction of supplies coming out of Iran and Venezuela.

The market was caught off guard, with a perfect storm of changing international conditions —such as Saudi Arabia increasing its production to an all-time high — suddenly caused prices to plummet. Brent crude fell to a year-low of $50.22 on Dec. 28, down 42% from its high.

Unipec had been counting on prices remaining high. In June 2018 its market research team said that prices would stabilize at their high levels or stabilize, even with extra Saudi production. It made a similar statement in August, saying that the return of U.S. sanctions against Iran would reduce the latter’s oil exports, reducing supply and therefore propping up prices.

But then in November, the U.S. announced that it would grant China and seven other major importers of Iranian oil exemptions from sanctions on Iranian oil for six months. Other oil producing nations had also ramped up production in anticipation of the Iranian tap being turned off. But production soared, depressing prices, and causing Unipec’s apparently large bet to fail.

The exact mechanisms by which Unipec was caught out remain unclear, but it has raised major questions about oversight of derivative companies linked to state-owned enterprises. While derivative trading can help lower the costs and stabilize the risks of industries that rely on imports, without sufficient oversight there is a risk of “moral hazard,” as traders take larger bets on the market with the safety of implied state backing.

“This is a major event, and the establishment of an internal control system [for derivative trading] must be enforced,” said Peng Huagang, the spokesperson of the State-owned Assets Supervision and Administration Commission (SASAC), which runs China’s largest state-owned enterprises.

“This is a major event, and the establishment of an internal control system must be strictly enforced,” echoed Xiao Yaqing, SASAC’s director. The months ahead will reveal if the incident is to be a turning point in how state-owned derivatives traders are managed.