Depression and Anxiety on the Rise in China, Study Shows 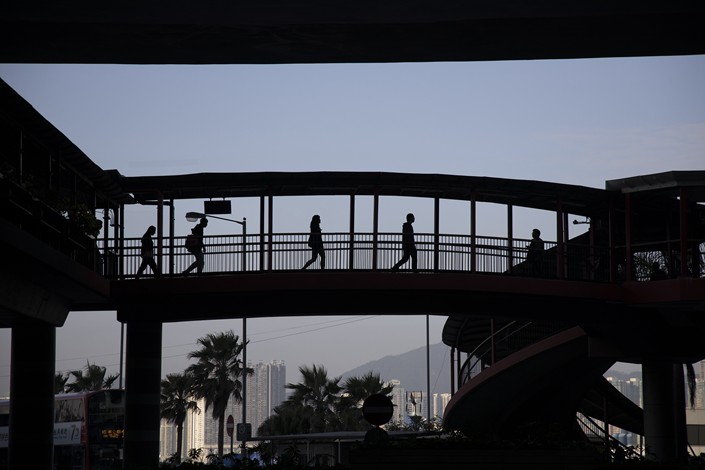 Researchers estimated 16.6% of Chinese adults had experienced mental illness at some point in their lives. Photo: VCG

The results are out from the first ever nationwide study of China’s mental health — and they suggest disorders such as depression and anxiety are on the rise.

“The findings of our survey suggest that most mental disorders have become more common across China in the past 30 years,” the authors, led by Huang Yueqin, director of the Division of Social Psychiatry and Behavioral Medicine at Peking University’s Institute of Mental Health, write in the report. The study was funded by China’s National Health Commission and the Ministry of Science and Technology.

The China Mental Health Survey, the first results of which were published in peer-reviewed journal The Lancet Psychiatry this week, is the first nationally representative survey on mental disorders in China. From 2013 to 2015, researchers interviewed and screened 32,552 people in 31 provincial-level regions for mood disorders, anxiety disorders, alcohol-use and drug-use disorders, schizophrenia, eating disorders, and dementia.

In China there is still much stigma surrounding mental health issues, with many barriers to receiving treatment or support. According to the World Health Organization, there are only 1.7 psychiatrists per 100,000 people, compared with 12 psychiatrists per 100,000 people in the United States. China’s first mental health law came into effect in 2013, in an attempt to safeguard the interests of people with mental health disorders and improve procedures, admissions and treatment. In the years since, the State Council has affirmed it plans to improve the system.

Based on the results of the survey, the researchers estimated 16.6% of Chinese adults had experienced mental illness at some point in their lives, a much higher rate than in previous surveys, which were limited in scope. Anxiety disorders were most common.

Also on the rise was depression, which had affected 6.9% of those surveyed over the course of their lives, and 3.6% in the previous 12 months.

The report speculates that the rise in the rate of mental disorders may be partly down to previous surveys using different diagnostic criteria and methodologies. It also points to a greater willingness to acknowledge one’s symptoms, where previously many patients may had been more likely to conceal their symptoms due to social stigmas.

However, the report also notes that “rapid social change is likely to bring about a general increase in psychological pressure and stress.” China’s prevalence of major depressive disorder was similar to the prevalence in high-income countries, though it had a substantially lower prevalence of panic attacks than developed countries.

Among the population aged 65 years or older, the survey estimated dementia rates across China were 5.6%, lower than the 10% prevalence of Alzheimer’s disease and other dementias in the United States. As China’s population ages, mental health care for the elderly will come under serious strain — a 2018 study found that people aged over 65 are seven times more likely to commit suicide.

Compared with major developed countries, the percentage of Chinese people who will suffer from mental illness at some point in their lives is still relatively low, but the large population means it will nonetheless impact a huge number of people, the researchers wrote.

“The Chinese Government should pay more attention to mental health care,” the report said. Zhang Hongxia and Ji Jianlin of the Department of Psychological Medicine at Fudan University agreed, writing “mental problems such as anxiety disorders deserve greater public and governmental attention” in a commentary published alongside the report.

“Current knowledge of the mental health status of almost a fifth of the world’s population is crucial for understanding global mental health concerns,” the report said.