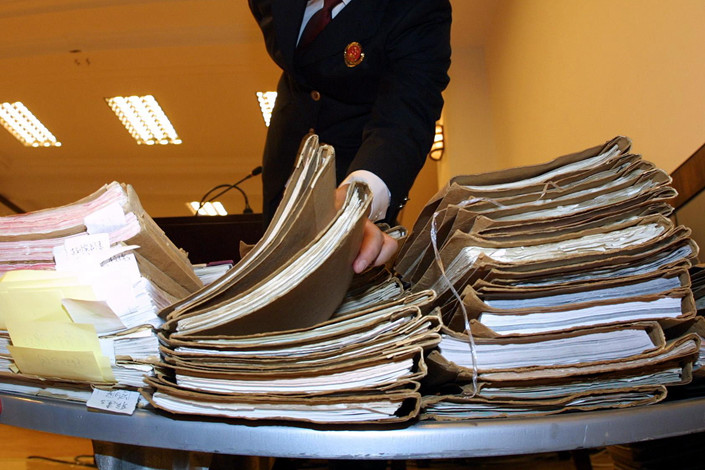 The fate of some mysteriously missing documents at the center of a high-profile case involving China’s Supreme Court is taking on even more drama.

A Chinese judge confessed Friday to taking the key legal documents from a case involving a long-running contract dispute, in a surprise development to a widely-watched scandal involving the country’s top court.

Wang Linqing, a judge at China’s Supreme Court, said he stole the documents due to personal discontent with the court, according to his confession on state TV. His admission was all the more shocking because Wang was the original whistleblower who exposed the case of the missing documents.

“I took them away to stop others working on it because I had put lots of energy into the case from the start,” he said on the news broadcast on China Central Television. He added that he didn’t want others to share credit for dealing with the significant case, which involved a mining rights dispute between a private and a state company in Shaanxi province.

Wang in January exposed the disappearance of the legal documents from his office, sparking public outcry. He said at that time in video footage, which went viral online, that he made the recording “to protect himself and leave some evidence.”

China’s top law enforcement and judicial agencies formed a special team to probe the case. Investigators said in a statement Friday that Wang stole the files due to a “personal grudge” he held against the Supreme Court and his supervisors.