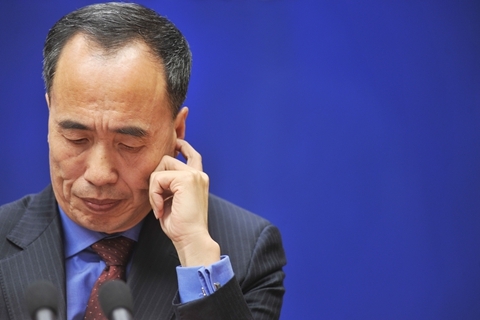 At the same time, the country needs to continue reducing risks caused by excessive leverage in the system, and regulators should maintain focus on several key areas, said Wang Zhaoxing, vice chairman of the China Banking and Insurance Regulatory Commission (CBIRC).

China’s macro-leverage ratio, or the ratio of total debt to gross domestic product, has stabilized since last year, reversing the trend of previous years in which the ratio climbed by an average of more than 10 percentage points, the CBIRC said in a statement (link in Chinese).

China launched the deleveraging campaign in late 2015 to curb excessive borrowing by local governments, financial institutions, businesses and individuals. Yet the campaign’s one-size-fits-all methodology has faced criticism – especially from the small and private businesses that suffered the most – and is widely believed to have led to the slowdown in the economy’s growth. In mid-2018, China adjusted the pace and strength of the campaign.

“Over two years of hard work, several kinds of financial misconduct have been effectively curbed,” Wang said at a Monday press briefing. Illegal financial businesses, shadow banking activities and overheated real-estate financing have all been effectively reined in, he said.

“The leverage rate is stable and has been steadily coming down under this stable foundation,” the CBIRC vice chairman said. And yet “the job of lowering leverage by enterprises and local governments still needs to continue. … This is only a phase in the progress. The hidden dangers of many risks have not been completely eliminated. Previous measures and results for resolving financial risks need to be consolidated.”

China has also defied predictions that the country’s huge growth in shadow banking and the overheating of real estate financing would trigger systemic financial risks or even a financial crisis, Wang said.

Wang said the commission will continue to work with relevant parties to tackle the problem of excessive debt held by some local governments and state-owned enterprises. The CBIRC will also continue to strictly oversee the activities of a new generation of internet-based lenders, with a special focus on those engaged in illegal activities, he said.

“We must also continue to improve our own regulatory capabilities, conduct strict internal accountability for supervisors who fail to perform their duties, engage in misconduct and dereliction of duty, and improve the regulatory effectiveness of the supervisory team,” he said.