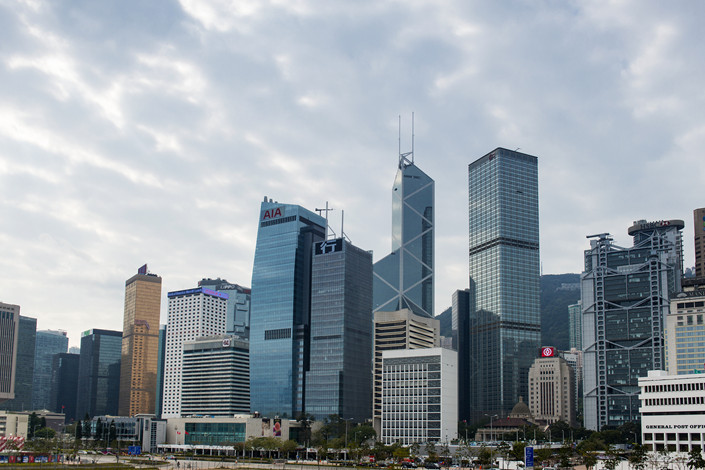 * The programs, which are expected to kick off by 2022, will allow asset managers and insurers to sell their products in each other’s markets

(Beijing) — Regulators in Hong Kong and the Chinese mainland are looking to further boost the connectivity of financial markets on either side of the Shenzhen River, as part of the Greater Bay Area regional integration plan.

Monetary authorities in Hong Kong and Beijing are working on plans for pilot programs that will connect the two sides’ wealth management and insurance markets, along with a series of other measures to boost investors’ access to each other’s financial markets, Hong Kong’s Secretary for Financial Services and the Treasury James Lau told media Sunday.

The programs, which are expected to kick off by 2022, will allow asset managers and insurers to market and sell their products in each other’s markets, according to Lau.

The wealth management and insurance connect programs could be modeled after the stock-connect programs that have been in place since 2014 to link the Hong Kong Stock Exchange with bourses in Shanghai and Shenzhen, Guangdong province. The programs allow foreign investors to trade mainland shares from the Hong Kong exchange and vice versa. A similar bond market connect program was launched in 2017.

Efforts to boost financial market connectivity between Hong Kong and the mainland are highlighted in a detailed roadmap for the development of the Greater Bay Area issued last week.

According to the plan, the framework to build the Greater Bay Area into a world-class city cluster should be formed by 2022. Further market integration, with effective and efficient flow of resources and factors of production, should be achieved by 2035.

Lau said insurers are expected to take the lead on the next step of financial integration between Hong Kong and the mainland as the two sides have been pushing forward broader access for Hong Kong-based insurers to mainland customers.

In June, the chairman of Hong Kong’s Insurance Authority, Moses Cheng Mo-chi, told the media that the authorities in Hong Kong and the mainland had started studying ways to establish a special channel for the marketing, sale and processing of insurance products in the two markets.

The newly released guidelines for the Greater Bay Area said insurance companies in Hong Kong and Macau will be encouraged to offer yuan-denominated reinsurance products and set up branches in the Qianhai, Nansha and Hengqing free trade zones in Guangdong. The guidelines also encourage insurers in the region to cooperate in developing new cross-border health and automobile insurance products.

Authorities are also mulling the establishment of a mechanism to allow institutions to sell wealth management products, including derivatives, mutual funds and exchange-traded funds, in both markets, according to Lau, adding that supportive risk control instruments and measures should also be launched.

The planned wealth management connect program is likely to set threshold for investors to participate at the beginning, but details are still in discussion, Lau said.

A slew of other measures are also under discussion in hopes to boost the financial market integration of the regions. The measures include simplifying requirements for Hong Kong residents to open bank accounts on the mainland, expanding cross-border usage of online payment services and preferential tax policies for Hong Kong residents working in the mainland, according to Lau.

The planned area consists of nine cities in Guangdong along with Hong Kong and Macau, covering 68 million people or 4% of China’s population. It accounts for less than 1% of China’s territory but generates nearly 10% of national gross domestic product, or $1.58 trillion in 2017, about the same as South Korea or Russia.