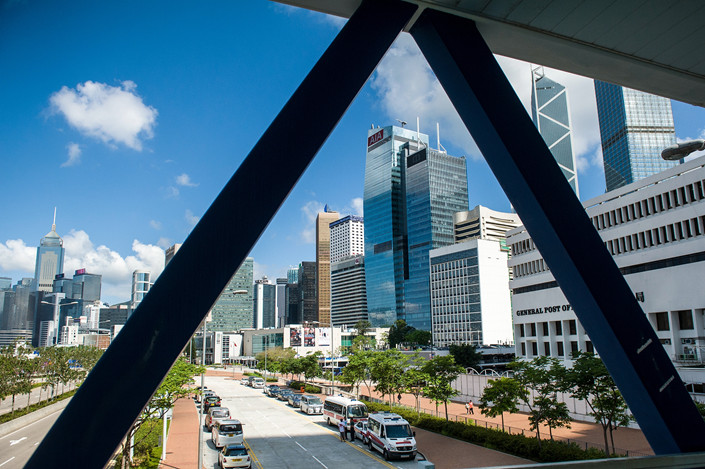 Currently, overseas insurers are banned from offering foreign insurance policies in the mainland. They are only allowed to provide products tailored to the Chinese market via a joint venture with a local partner. Photo: VCG

A Hong Kong government think tank has proposed giving insurers based in the city more access to mainland consumers as the special administrative region (SAR) seeks to beef up its attractiveness to international financial companies.

Hong Kong authorities should lobby China’s central government to set up a program that will allow multinational insurers who have international or regional offices in the city to sell life insurance policies to both mainland and SAR residents within the Greater Bay Area,

the Financial Services Development Council (FSDC) said. The Greater Bay Area covers Hong Kong, Macau and nine southern mainland cities in Guangdong province and is the focus of a grand plan by the Chinese government to turn the region into a world-leading economic and innovation hub.

Currently, overseas insurers are banned from offering foreign insurance policies in the mainland. They are only allowed to provide products tailored to the Chinese market via a joint venture with a local partner.

The program, proposed by the FSDC in a report released Monday, is named “Life Insurance Connect” — an apparent reference to the bond and stock links between bourses in Hong Kong and the mainland that enable investors in both jurisdictions to tap each others' securities markets.

The proposal is among the projects the financial advisory body has recommended the SAR government to negotiate with policymakers in Beijing to win preferential treatment in accessing the mainland market, according to the report.

It urged the SAR government to “capitalize on the unique advantages of Hong Kong,” specifically listing the city’s strengths including its proximity to the mainland, its position as a “leading international gateway” and a center of “excellence for the financial sector and innovation.”

The FSDC suggested that “Life Insurance Connect” focus on a specific set of life insurance, medical protection and investment products that are sold through the multinational insurers’ own distribution networks in accordance with “appropriate and mutually recognized” regulations across the Greater Bay Area.

It also said that the program could be developed within a framework similar to that of the Qualified Domestic Institutional Investor project, which was created in 2006 and allows Chinese financial institutions that meet certain qualifications to invest in offshore securities and bonds, and the stock and bond links. That is probably meant to address mainland authorities’ concerns that the insurance initiative could be a conduit for capital outflows.

Officials of the Insurance Authority of Hong Kong said in June that they had passed to mainland regulators a request by the territory’s insurers to set up a center within the Greater Bay Area to provide services to mainland customers who have already bought their products. John Leung, then chief executive of the authority, said that the Hong Kong watchdog had proposed restricting the flow of premiums paid by mainland residents inside a “closed loop” similar to the bond connect mechanism, so that the funds would be kept within the mainland. Traveling to Hong Kong to buy U.S. dollar-denominated insurance policies is popular among mainlanders as a risk-hedging tool when the yuan weakens.

Hong Kong officials at the time also called for the eventual introduction of an “insurance connect” program which they said mainland regulators responded positively to but thought thorough study was needed first.