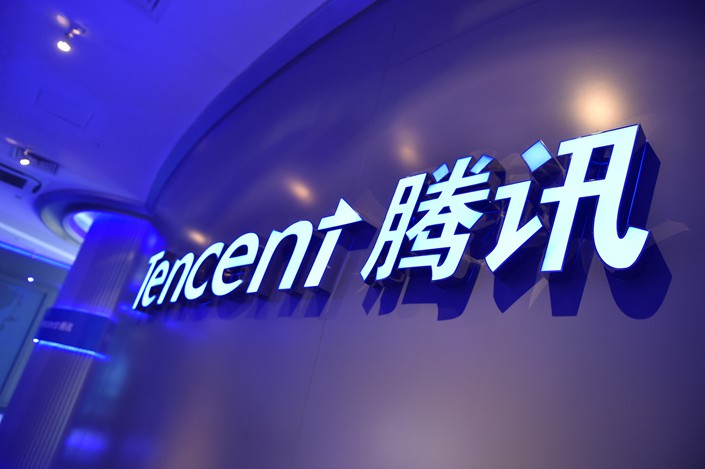 Hong Kong's Blue is Tencent's latest move to grab a bigger share of the internet insurance market, hoping to tap the more than 1 billion users of its WeChat platform. Photo: VCG

An online-only life insurance company backed by Tencent Holdings Ltd. said it has started selling products in Hong Kong, marking another step in the social media and gaming giant's strategy to expand in the financial services industry.

Blue, 20% owned by Tencent, started offering a life insurance product and a critical illness policy to permanent residents of Hong Kong on Wednesday, it said in a statement. The internet group bought its stake in the company in 2017 from London-based insurer Aviva PLC, which also sold a 40% stake to Chinese private equity firm Hillhouse Capital. The deal was approved by Hong Kong regulators in February this year.

Blue claims to be the first digital life insurer in the city and will offer customers a choice of buying policies on its website or through WeChat, the social media app operated by Tencent. Its products will be commission-free because the company doesn't use intermediaries. Customers will also be able to change their protection plans such as the amount and payment period without incurring penalties.

Blue CEO Charles Hung told reporters that the potential for growth is “vast” given that the penetration rate of digital insurance in the city is less than 1%.

Hong Kong introduced a strategy to promote the use of information technology to widen access to financial services in 2016 and has ambitions to turn itself into a financial technology center for the Asia-Pacific region.

As part of the city's drive to encourage new platforms and apps for insurance sales, the industry regulator opened a Fast Track program in September 2017 to speed up the licensing of new insurers with purely digital distribution channels. John Leung, the chief executive of the Insurance Authority of Hong Kong at the time, said that technology companies wanting to apply for a license must tie up with experienced insurers and hold at least 15% of the joint venture.

Aviva announced in January 2017 that Tencent and Hillhouse had agreed to acquire a combined 60% of Aviva Life Insurance Company Limited, the British firm’s subsidiary in Hong Kong, to develop a joint venture focusing on digital insurance. It did not provide a value for the transaction.

The Hong Kong venture is Tencent's latest move to grab a bigger share of the internet insurance market, hoping to tap the more than 1 billion users of its WeChat platform, which also has payment capabilities.

The internet giant set up ZhongAn Online Casualty and Property Insurance, China's first internet-only insurer, in 2013 with Ant Financial, an affiliate of e-commerce group Alibaba Group Holding, and Ping An Insurance. The insurer listed on the Hong Kong stock exchange in September 2017.