By Timmy Shen and Charlotte Yang 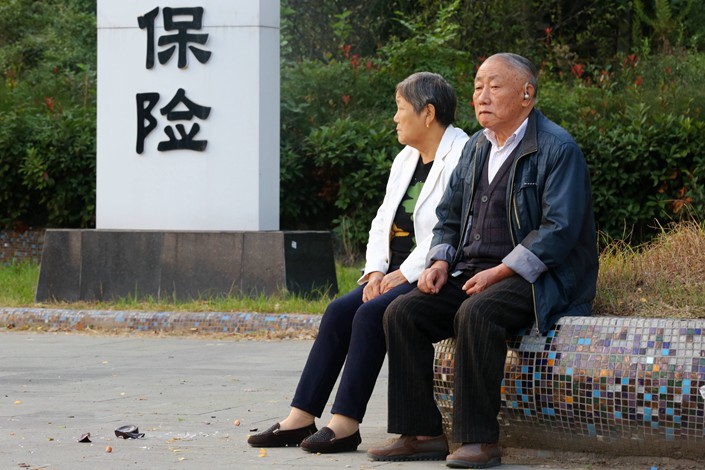 Shares of the big four insurers have fallen over the past month amid a general stock market rout. But all have still outperformed a 7.7% drop in October for the benchmark Shanghai Composite Index. Photo: IC

Despite a gloomy outlook that saw China recently post its slowest quarterly economic growth in a decade, the four insurers all posted higher premium income in the third quarter. The companies and analysts attributed that strength to high renewal rates, as Chinese customers become more comfortable with insurance products.

The companies are expected to maintain their momentum going into the end of the year, said Liu Xinqi, an analyst from Guotai Junan Securities. “We can expect surging growth in the fourth quarter as the companies continue to boost businesses of new contracts,” he said.

The four also posted healthy comprehensive solvency margin ratios, a key measure of an insurer’s ability to pay back all its liabilities. Regulators require all such ratios to be above 100%. China Pacific Insurance recorded the highest ratio at 308%, followed by New China Life (273%), China Life (262%) and Ping An (228% and 219% for its life insurance unit and property and casualty unit respectively).

Shares of the four have fallen over the past month amid a general stock market rout. But all have still outperformed a 7.7% drop in October for the Shanghai Composite Index. In terms of profits, the companies reported widely different results based on their own individual circumstances.

China Life posted the worst performance, with its net profit tumbling by nearly 76.4% to 3.4 billion yuan ($493 million) in the quarter. The insurer blamed the drop on “the continuous decline of the capital market,” according to its third-quarter report filed in Hong Kong. The Shanghai Composite Index, considered the main benchmark for China’s stocks, lost 4.6% during the quarter, though it is down about 25% from a peak in January on bearish sentiment about the Chinese economy.

Ping An recorded a 7% profit decline to 21.3 billion yuan, citing “an increase in taxable income induced by the rising commission caused by business growth,” in its property and casualty insurance business, the insurer said in its filing. New China Life and China Pacific posted modest profit increases of 5.4% and 1%, respectively.

To bolster the stock market, China’s banking and insurance regulator has drafted plans last month to relax restrictions on the equity investments insurance companies can make. The move could clear the way for the insurance industry to pour trillions of yuan into stocks. Under current rules, insurers can invest up to 30% of total assets in equities.