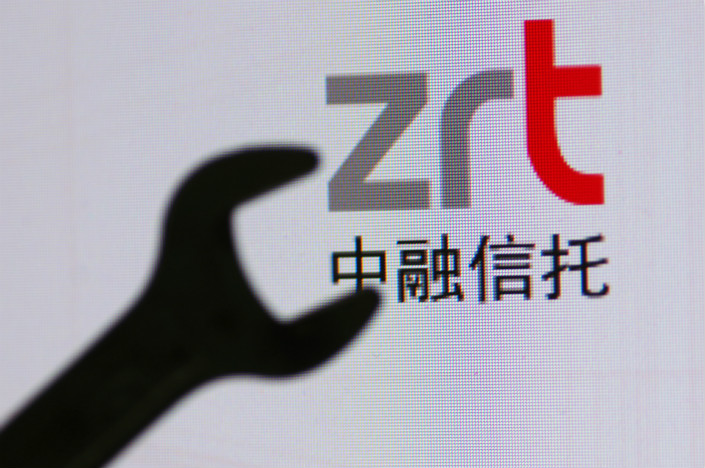 Trust-company stocks surged following a report that the government plans to loosen regulation of China’s trust industry. However, a regulatory official called the report “inaccurate,” and China’s banking regulator declined to confirm or deny it.

According to a report published late Tuesday on a social media account run by state-run newspaper Securities Times, new rules drafted by the China Banking and Insurance Regulatory Commission (CBIRC) would allow trust companies to publicly offer trust products to individual investors with a minimum subscription of 10,000 yuan ($1,496).

The Securities Times said on its public WeChat account “Trust Broadway” that the CBIRC has completed seeking feedback from provincial bureaus on loosened draft regulations. Several regulatory officials told Caixin that the CBIRC hasn’t sought feedback on the new rules from the central bank or other regulators.

While the CBIRC hasn’t officially commented on the report, a CBIRC official Wednesday morning told Caixin that the reported content of the new rules was “inaccurate.” It isn’t clear whether trust companies will be allowed to publicly offer trust products, and the regulator won’t confirm or deny online rumors, the CBIRC official said.

Trust companies in China are primarily engaged in two kinds of business: providing financing to relatively higher-risk borrowers, funded by wealthy individuals and institutional investors, and acting as a channel to banks and other financial institutions that are restricted from investing in certain asset classes. In either business, trust products can be offered only to a limited number of qualified investors through private placement.

A rule issued in 2002 by the central bank stipulated that the number of qualified investors from which a trust company can raise funds for a specific product should be no more than 200. Such qualified investors should have a minimum of 1 million yuan of investment in a trust product.

But a senior regulatory official told Caixin that the threshold of 200 investors can’t be changed.

Opening trust products to the public and significantly lowering the minimum investment requirement would be designed to expand the direct-financing markets, especially providing liquidity to the A-share market, some trust industry participants said.

The proposed science and technology innovation board on the Shanghai Stock Exchange, aiming to attracting listings of high-tech startups and new-economy companies, would need a large inflow of institutional investors, a trust company executive told Caixin.