By Han Wei and Liu Jiefei 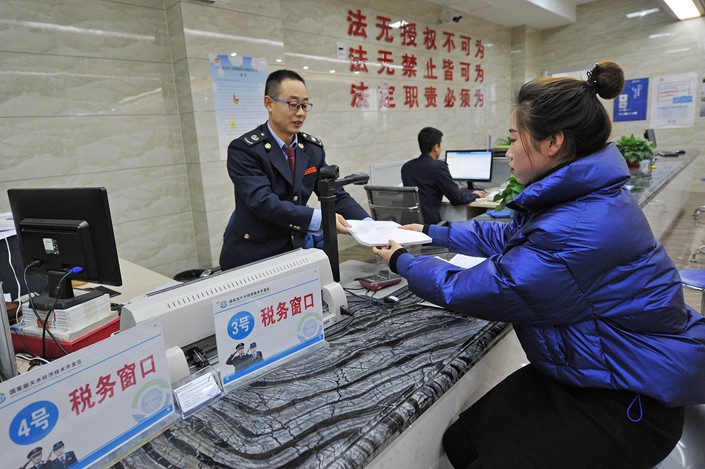 China is setting out measures to cut taxes and fees by nearly 2 trillion yuan ($298.31 billion), as the economy is projected to grow at a slower pace, according to the government work report delivered by Premier Li Keqiang.

The package exceeds market expectations. Analysts had broadly expected tax and fee cuts for 2019 to reduce business costs by between 1.3 trillion yuan and 1.5 trillion yuan.

The deeper tax cuts come as the world’s second-largest economy is expected to grow at a slower pace in 2019. The government lowered this year’s economic growth target to between 6.0% and 6.5% from “around 6.5%” last year.

Analysts had expected greater fiscal stimulus measures such as tax cuts to bolster economic growth this year, following a slew of policies rolled out from last summer designed to encourage bank lending and government spending.

China will cut the rate of value-added tax (VAT) for manufacturers from 16% to 13% in 2019, and slash the VAT rate for the transportation and construction sectors to 9% from 10%, Li announced at the opening of the annual legislative session.

The tax cuts for manufacturers in particular are larger than expected, and signal the central government is focusing on developing the high-end manufacturing sector, Cheng Shi, chief economist at ICBC International Holdings Ltd., said in a note.

Lowering the tax rate from 16% to 13% for the manufacturing sector is expected to lower the tax burden by around 520 billion yuan, economists at Standard Chartered Bank said.

Although the VAT rate for the services sector remains unchanged, Li said that the government will implement measures such as tax deductions to reduce the burden of companies.

The government will also reduce the social security contribution ratio to alleviate pressure on companies, he said.

“Overall, tax cut is positive for sure, but we don’t want to get too excited as the fiscal deficit target set a rather small room for potential cut,” analysts Larry Hu and Irene Wu of consulting firm Macquarie Capital Ltd. said in a note. China has set its budget-deficit goal at 2.8% of gross domestic product for 2019.

In May, China has lowered the VAT rate by 1 percentage point for manufacturers and the transportation and construction sectors, reducing their tax burden by 270 billion yuan last year. In 2018, tax and fee cuts amounted to around 1.3 trillion yuan, Assistant Finance Minister Xu Hongcai said in January.