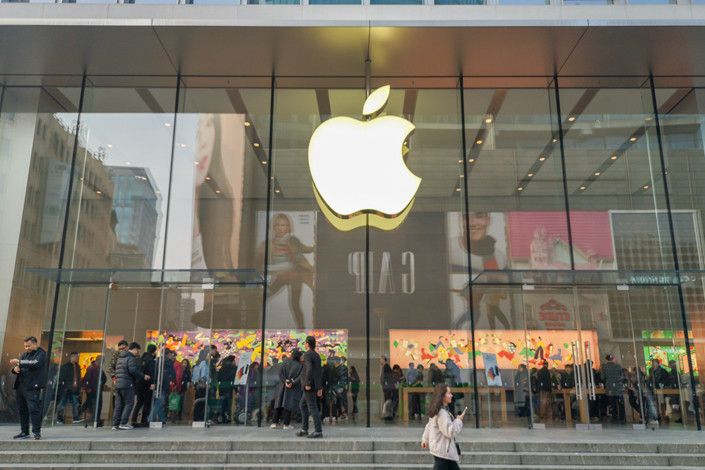 Apple's latest iPhone models are being massively discounted in China for the second time this year as online retailers across the country struggle to move them.

Tmall, a business-to-consumer e-commerce site operated by Alibaba Group Holding Ltd., will lower the prices of almost all versions of the iPhone XR, iPhone XS, iPhone XS Max, by between 1,200 yuan ($179) and 2,000 yuan, according to a post (link in Chinese) on its official Weibo account on Tuesday.

Similarly, JD.com Inc., China’s second largest e-retailer, told Caixin in a statement on Wednesday that it would lower the prices of the U.S. firm’s smartphones and many of its other products. The price reduction for the iPhone XS Max could reach as much as 1,700 yuan, the statement said.

A Tmall source, who asked not to be named because they were revealing private information, said Apple was behind the across-the-board price cut.

A question messaged to an Apple spokesperson went unanswered on Wednesday.

Prices of goods are generally set by sellers rather than e-commerce platforms, though platforms sometimes offer subsidies such as coupons.

It is the second time this year e-commerce platforms have promoted iPhone sales by cutting their prices. In January, the three e-commerce platforms lowered the prices of some other iPhone models. Tmall dropped the cost of the 64GB version of the iPhone XR to 5,549 yuan, down from Apple’s official sale price of 6,499 yuan. The price of device on Tmall is now even less, at 5,238 yuan.

Apple’s iPhone sales have been dragging in the world’s largest smartphone market, largely due to the rise of cheaper but comparable alternatives from domestic smartphone markers such as Huawei Technologies Co. Ltd. and Xiaomi Inc.

When the company rolled out its latest models near the end of last year, the prices were too high for many Chinese consumers. Even with the cuts, most iPhones are still considerably more expensive than flagship models from Huawei and Oppo, which cost between 4,000 and 5,000 yuan.

Tang Ziyi contributed to the report