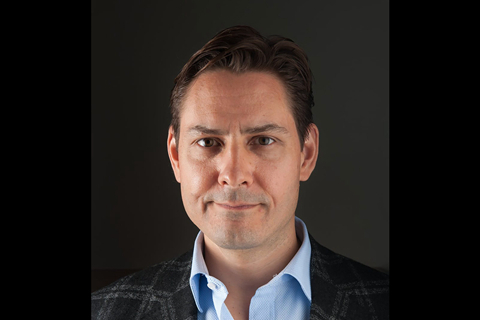 The cases of two Canadians being held in China on suspicion of endangering national security are moving forward, an official website said, as a foreign ministry official emphasized that the matter is being handled in accordance with the law and in conformance with a consular agreement.

Canadians Michael Kovrig and Michael Spavor have been in custody since Dec. 10 , when the two were separately taken in for questioning. The case involving Kovrig has made “significant progress,” according to an announcement on the government website Chinapeace.gov.cn on Monday.

Since 2017, Kovrig, a former diplomat, has used a normal passport and business visas to enter China, according to information from relevant agencies. He is suspected of interacting with people inside China to steal sensitive information and intelligence. People handling the case say Spavor was one of Kovrig’s important connections, providing him with intelligence.

Kovrig’s actions make him a suspect of theft and spying in the obtaining of national secrets and intelligence, constituting a serious violation of Chinese law, according to Chinese authorities.

The pair are suspected of harming China’s national security, and relevant departments are handling the case in accordance with the law, foreign ministry spokesman Lu Kang said in a daily media briefing on Tuesday. He said there are no major differences between China’s management of the case and how other countries treat such cases.

“According to the information disclosed by the relevant parties, important progress has been made in the investigation of this case,” he said. “At present, the agencies handling this case are continuing to handle it according to the law.”

When asked whether the two men were granted access to lawyers, Lu said the Chinese side carried out necessary consular notifications to the Canadian side in accordance with the law and fulfilled its obligations under a Sino-Canadian consular agreement.

Kovrig is a former diplomat working with International Crisis Group, while Spavor is a Canadian whose company brought tourists and hockey players into North Korea.