By Zhang Lantai and Denise Jia 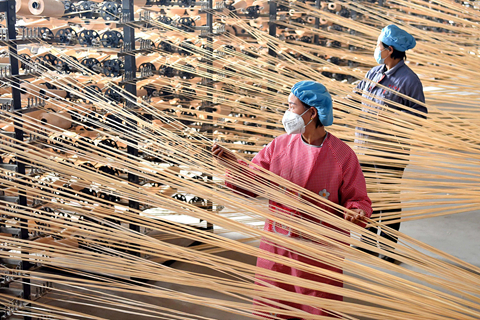 The discussions took place at meetings of the National People’s Congress and the advisory Chinese People’s Political Consultative Conference starting Wednesday after Premier Li Keqiang outlined a series of new measures to support private businesses. The meetings will last until March 15.

Over the past year, China has implemented a series of measures to encourage bank lending to small and medium-sized enterprises. However, Li acknowledged in the government’s annual work report Tuesday that the hurdles private businesses face in obtaining affordable financing haven’t been effectively cleared.

At the heart of the problem is that private enterprises still don’t get treatment on financing equal to that accorded state-owned enterprises, said Fu Jun, chairman of the private conglomerate Macrolink Group, and a member of the political advisory body.

Regulators should encourage private companies to raise funds directly from capital markets, improving the efficiency of financing and reducing costs, Fu proposed. Financial institutions should be evaluated based on their investments in private-enterprise bonds; commercial banks should increase working capital loans to private companies; and policy lenders should expand the proportion of medium and long-term loans to private enterprises, Fu said.

In the work report, Premier Li set a goal for large state-owned commercial banks to increase lending to small and private enterprises by more than 30% in 2019.

“I believe we can achieve this goal,” said Guo Shuqing, chairman of the China Banking and Insurance Regulatory Commission, in an interview Tuesday during the two sessions. “Providing credit and financial support to small and private enterprises is the most important part of the supply-side structural reform in the financial sector.”

A banker delegate pointed out that for their part banks need supplemental capital to increase lending to small and private companies.

The government could set up a government fund to provide guarantees for loans to private enterprises, proposed Guo Xinming, governor of the Nanjing branch of the People’s Bank of China. Other suggestions include increasing fiscal subsidies for financing to small and private enterprises and establishing venture capital funds to expand financing channels for private start-ups, said Guo, no relation to Guo Shuqing.

Delegates also raised concerns about shares pledged as collateral for loans after a vicious downward spiral last year in China’s stock market. Shareholders in more than 40% of listed companies pledged their holdings as collateral for loans, but some later failed to come up with additional collateral or to repay loans amid falling share prices. That drove some lenders to dump stock to minimize their own losses, further weighing on prices. The practice is especially common in small and medium-sized private companies.

Bailouts for listed companies may be necessary, said Xiao Gang, former chairman of the securities regulator and a member of the political advisory body. The next step is to finalize rules and standards for bailouts of private enterprises to separate the finances of listed companies from those of controlling shareholders, Xiao said.