Should Local Governments Be Allowed to Set Foreign Investment Policy? 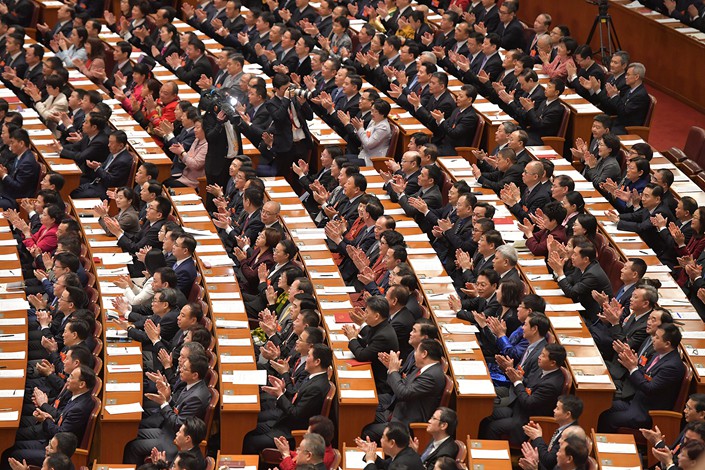 China is on the verge of passing a landmark new foreign investment law — but heated debate continues over the powers it should give local governments.

After a third reading of the draft Foreign Investment Law on March 8, the draft has been submitted to the National People’s Congress, China’s highest legislative body, ahead of a scheduled March 15 vote. The new statute will replace a trio of laws enacted in the 1970s and 1980s, and legally establish the principle of equal treatment for foreign and domestic investors, while barring forced technology transfers, a major point of contention in trade tensions with the U.S.

However, the draft law leaves unresolved longstanding domestic disputes related to foreign investment — such as whether local governments should be allowed to set their own policies to promote foreign investment, which was the focus of much debate at a meeting Saturday of the Chinese People’s Political Consultative Conference (CPPCC), the country’s highest political advisory body.

According to the latest version of the draft law, “local governments at or above the county level may formulate policies and measures to promote and facilitate foreign investment within their statutory authority.”

CPPCC member Yang Weimin said allowing local governments to formulate preferential policies for foreign investors could help maintain policy stability. In the past, some policies were reversed after being rolled out, he said, causing confusion for foreign-funded businesses.

Additionally, local governments should be given a certain level of autonomy to help them formulate targeted policies and regulations specific to their localities, due to the massive differences in economic development, resource distribution and market development between different parts of the country, Zhao Xudong, a professor at the China University of Political Science and Law, told Caixin.

However, others argue that allowing local governments to set preferential policies may result in a “race to the bottom” that would harm the public interest in the long run.

Liang Yongzhen, a CPPCC member and the president of Tianjin Port Group, said local governments, if given the power to form their own foreign investment policies, will violate national policies by treating foreign companies better than domestic firms.

For example, Liang said, even if national land policy is tightened, local governments could use subsidies to work around regulations and offer foreign companies preferential access to land.

Additionally, local governments often try to attract investment projects that actually harm domestic interests, said Gao Rongkun, a CPPCC member and a director with Shanghai Customs. Gao pointed to FedEx Corp.’s investment in China as an example, saying that while FedEx — which has had a subsidiary in China since 2003, and whose Asia-Pacific hub is in Guangzhou — uses a large volume of “high-quality” domestic resources, but its only contribution to China is the income tax of personnel.

The draft law, which is expected to pass on March 15, will most likely be followed by lower-level regulations and guidance documents to clarify ambiguous areas not covered by its 41 provisions, multiple experts have told Caixin.