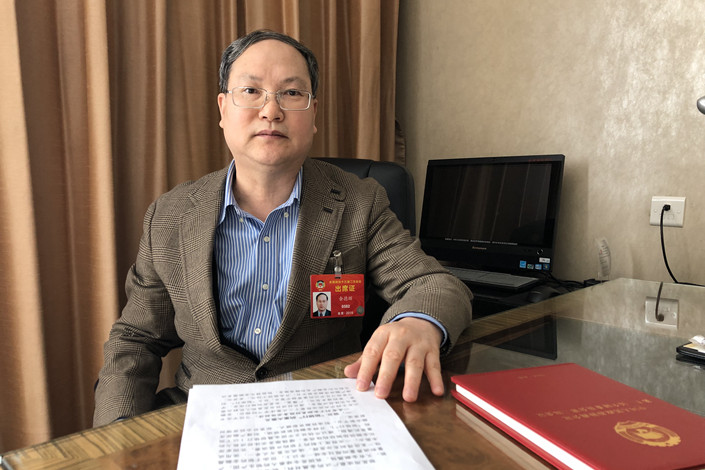 Each business unit of Chinese metals giant Aluminum Corp. of China Ltd. (Chinalco) is enthused by reforms devolving responsibility for their operations, its general manager said, strongly endorsing the reforms his company is piloting.

Chinalco is China’s biggest aluminum producer and a nonferrous metals giant that has managed to avoid the financial difficulties faced by many companies in the aluminum sector, largely thanks to a major overhaul of its operations over the last three years. In 2018 it doubled its profits to around 4.1 billion yuan ($610.5 million).

In December it was announced that Chinalco would become one of 11 state-owned companies that would pilot reforms that decentralized control over its various business divisions, giving each a greater say over product quality, operations and investments, said Yu Dehui, Chinalco’s general manager and member of the National Committee of the Chinese People’s Political Consultative Conference, the country’s top political advisory body. The central department will then hold each business department responsible for each section. Capital management and asset management functions will also be separated.

Speaking on the sidelines of the annual meeting of China’s legislature, the National People’s Congress, Yu told Caixin that the goal of the reform is to let professionals be in charge of their area of expertise. This appears to mean an expansion of middle-management functions. “In the past, the organization was very complicated,” Yu said. “Managers on the factory level had to manage everything and do everything. But the reforms stimulate each division and develop vitality across the enterprise,” he added.

The company’s headquarters needs to strengthen its strategic guidance and risk control functions, such as checking for compliance with standards and conducting audits, Yu said. At the same time, it must also give subordinate enterprises more operational autonomy to maximize the internal vitality of enterprises at all levels.

Yu said that there will not be blanket reforms across state-owned enterprises (SOEs), but that reforms will be tailored to the challenges of each particular entity. For Chinalco, the goal is to establish clearer, more streamlined management structures and control systems.

The government will continue with similar pilot reforms for SOEs, Xiao Yaqing, the director of the State-owned Assets Supervision and Administration Commission, which manages China’s largest state-owned companies said last week. This and reforming capital allocation mechanisms are two key goals for SOEs in 2019, he said.