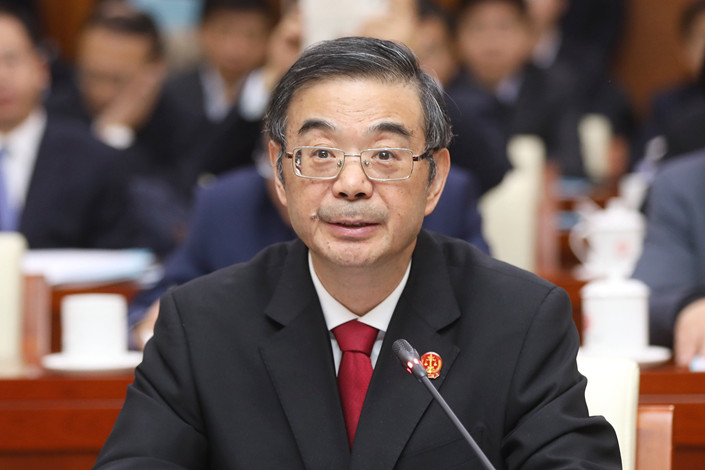 (Beijing) — China’s chief justice has highlighted the rights of private businesses in his annual work report to the nation’s top legislature for the first time, signaling increased emphasis this year on legal protections for entrepreneurs.

Zhou Qiang, who is also president of the Supreme People’s Court of China, delivered this year’s report to the National People’s Congress Tuesday morning, as part of the ongoing “Two Sessions” meetings of China’s top legislators and political advisors.

This marks the third year in a row that the Supreme Court’s work report, which sets the direction of the court’s work for the year ahead, has mentioned the protection of property rights. But this is the first time that private businesses have been specifically pointed out in relation to these rights.

In his report, Zhou said that courts should protect fair competition, be cautious when using “compulsory measures,” and refrain from seizing or freezing assets outside the scope of legal cases. The court should resolutely avoid treating civil liabilities in economic disputes as crimes, in order to allow entrepreneurs to focus on business and reassure them in their investments and operations, Zhou said.

This year’s report comes amid anxiety within China’s private sector that the country’s legal system doesn’t adequately protect them.

In May, Zhang Wenzhong, the founder of major supermarket chain Wumart Stores Inc., was exonerated after serving around a decade in prison for alleged bribery and fraud.

On Tuesday, Zhou mentioned the retrial and exoneration of Zhang as part of the justice system’s efforts to rectify misjudged cases involving property rights.