Editorial: How to Achieve Effective Tax and Fee Reductions 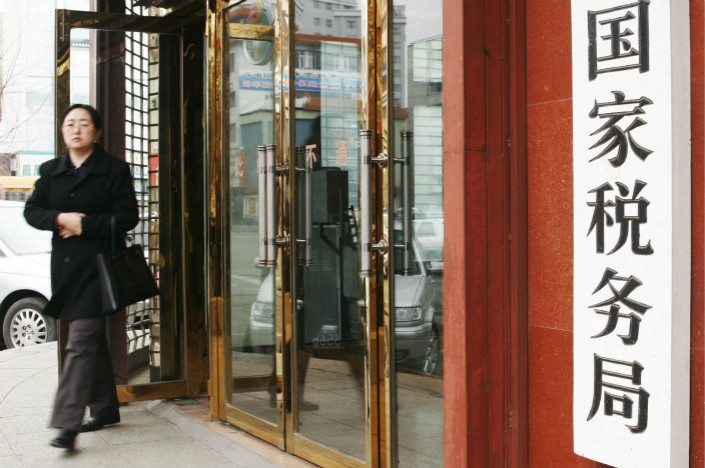 The ongoing national “Two Sessions” in Beijing have captured the world’s attention. The biggest point from this year’s annual work report was the announcement that taxes would be cut and fees would be reduced, exceeding expectations. Facing financial problems, the government has resolutely made this difficult decision, which has inevitably brought this issue to the public’s attention. For this reason, in addition to strictly implementing central policies, we must also focus on solving long-term structural problems of fiscal revenue and expenditure, continue to improve the sense of gain for enterprises and individuals, and especially stimulate the vitality of the economy and society.

In 2018, tax cuts and fee reductions saved enterprises and individuals 1.3 trillion yuan. On this foundation, this year’s government work report called for the implementation of “larger-scale tax cuts,” with the goal of lowering enterprises’ tax and social insurance contributions by 2 trillion yuan in 2019. The report also put forth introducing “general-benefit and structural tax cuts,” “ensuring that tax burdens in our main industries are meaningfully reduced,” and “adopting supporting measures, like increased tax deductions for producer and consumer services, to see that in all industries tax burdens only go down, not up.” Beyond these loud calls, the report also stated that China “will significantly reduce enterprise contributions to social insurance schemes,” responding to calls from the academic and business worlds.

Such reductions in tax and social insurance fees are unprecedented. If they can be effectively implemented, they will lighten enterprises’ burdens, help stable growth, ensure employment, and help with structural adjustment. It can be described as “hitting several birds with one stone.”

The effectiveness of the tax cuts has aroused the public’s concern. Previously, during the period of changing the business tax to a value-added tax (VAT), some enterprises, especially small enterprises, saw their tax burden increase rather than decrease. The upper, middle and lower reaches of the industrial chain had their tax burdens transferred according to different market dominances, involving deep-level issues such as monopolies. Different industries had different experiences. In 2016, the tax burden of real estate and related industries dropped by one-quarter, while industrial manufacturing gained very little. In recent years, the VAT refund system has been ineffective and slow to make repayments, which has occupied enterprises’ funds and increased their burdens. In addition, despite such large-scale tax and social fee reductions, national fiscal revenue is still set to increase by 5%. Many experts believe that there is still room for more domestic tax and fee reductions.

The government has only a few ways to maintain a certain level of expenditure while cutting taxes and fess, that is, governments at all levels must increase income and save on spending. The work report put forth that “profits turned in by designated state-owned financial institutions and enterprises directly under the central government should be increased; general expenditures should be cut by over 5%, spending on official overseas visits, official vehicles, and official hospitality should be cut by another 3%, and all funds that have long stayed unused will be taken back.” These are all targeted actions. Compared with the huge profits of state-owned financial institutions and state-owned enterprises, recently their contributions have been disproportionately small. If previously there were arguments to compensate for the early reform of the system, these arguments would be much harder to make now. State-owned enterprises are proud to assume social responsibilities. At this time of financial constraints, it is time for them to stand up for their effectiveness.

What is especially worth noting is that over the last few years, there has been a prominent problem in fiscal expenditure. The proportion of “unproductive expenditure” is too high, the cost-benefit of which is only justified by some magnificent propaganda. Therefore, in terms of reducing fiscal spending and increasing the efficiency of fiscal spending, structural adjustment is even more important that total reduction. Goals for budgetary transparency have moving posts, but they can only receive support through greater transparency. There has been significant progress made in government information disclosure, but there is a long way to go before meeting the required maxim of “openness as a principle and nondisclosure as an exception.” Some places have been reluctant to implement such principles, and supervision from people’s congresses at all levels and the public is not strong enough. Many NPC deputies and CPPCC members have repeatedly called for the formulation of a “finance law” and a “government information disclosure law” during the “Two Sessions” in previous years. These proposals are worthy of attention. This year’s government work report said that the government “will deepen reforms of the fiscal, taxation and financial systems” and “promote transparency in all government affairs,” raising our expectations. Fiscal transparency is related to long-term goals such as national governance and is closely related to tax and fee reductions.

In order to effectively reduce taxes and social fees, we must implement systemic reforms to improve the relevant systems. Deepening VAT reform is also an important part of improving the tax system. The work report also calls for continued “progress toward cutting the number of VAT brackets from three to two and simplifying the VAT system.” This should be promoted with urgency and should ultimately be a single tax rate, in line with international standards, which would reduce the discretion of tax personnel, reduce the cost of compliance for taxpayers, and take the fairness and efficiency of the tax system into account.

For social security, beyond lowering employees’ basic pension insurance contributions, we need to change the mode of collection and payment, accelerate pension reform at the provincial level, continue to improve the central allocation ratio of employees’ basic pension and insurance funds, and make greater strides in transferring state-owned capital to social security funds.

Under pressure to maintain steady growth, the central government has introduced large-scale tax reduction and fee reduction measures, invigorating the economy. Scholars often use the “Laffer Curve” to explain the reasoning behind this: if the tax base expands, even if the tax rate is low, government revenue can increase. Though tax reductions can alleviate some of the financial burden on enterprises, it does not necessarily help the economy — this depends on a number of deep structural factors. Former U.S. President Ronald Reagan’s tax cuts in the 1980s are often cited as a typical case, but the role of the information technology revolution in aiding the subsequent long-term prosperity of the United States should also be taken into account. In order to enact effective tax and fee reductions, China should continue to deepen market-oriented reform and transform the momentum of economic growth. Increasing support for innovation, entrepreneurship and private enterprises, expanding market access, speeding up reform of state-owned enterprises, and improving the business environment are all important issues.

With regard to reducing taxes and fees, the work report said that the government will honor “our promise to enterprises and society, and no matter how difficult it is, this important job gets done and gets done well.” The finance minister also said that it would be implemented to the letter. It should be noted that there is “tax competition” between the major economies, which is the reality whether we like it or not and is essentially institutional competition. Rather than explain away the macro tax burden, it is better to reduce taxes and fees for enterprises and individuals. This is a step to face the problem directly.