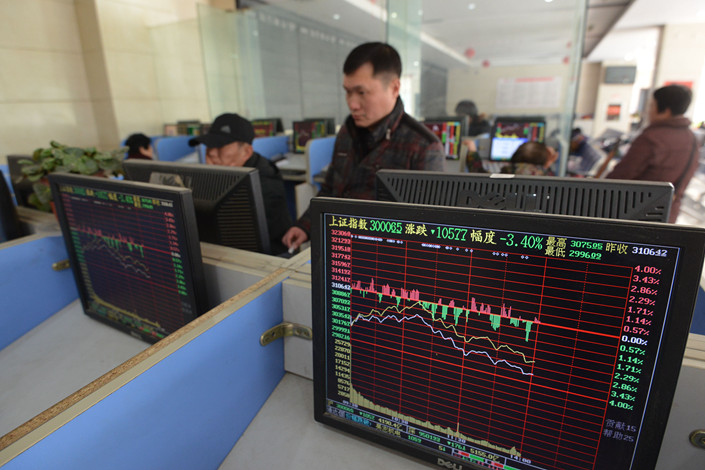 The CSRC rolls back restrictions on transfers of existing shares during an IPO. Photo: VCG

China’s securities watchdog has lifted an informal ban that stopped existing shareholders from selling stock in a company during its initial public offering (IPO), five years after imposing the informal limitation.

The China Securities Regulatory Commission (CSRC) has approved liquid crystal display manufacturer Yes Optoelectronics Co. Ltd.’s IPO application, which allowed current shareholders to sell up to 3.02 million existing shares in the company, according to a filing (link in Chinese) to the Shenzhen Stock Exchange released Thursday.

The commission approved a total sale of up to 19.27 million existing and newly issued shares during the company’s IPO.

“The CSRC lifting the ban on transfers of existing shares (during an IPO) is a good thing for moving toward marketization,” said Wang Jiyue, a former sponsor representative with a securities firm.

Since early 2014, the securities watchdog has prohibited existing shareholders from selling their stakes during IPOs through informal instructions known as “window guidance.” The ban came after a public outcry that caused regulators to step in and stop company stakeholders from cashing out their shares during an IPO.

In January that year, drugmaker Jiangsu Aosaikang Pharmaceutical Co. Ltd. planned to sell 55 million shares for an offering price of 72.99 yuan ($11.95) per share. At this price, the company would have raised 4 billion yuan in its IPO, far higher than the 790 million yuan it had initially planned. That price gave the company a price-to-earnings ratio of 67, well above the average level of A-shares at the time.

Under the CSRC’s regulation (link in Chinese) at the time, a company’s existing shareholders had to sell part of their stakes for the additional fundraising amount during its IPO, which meant that Aosaikang’s existing stakeholders could sell some of their shares for more than 3 billion yuan. Complaints soon mounted that IPOs allowed existing shareholders to make money far too easily, and the company immediately suspended the offering. Before long, the CSRC began to issue window guidance that prohibited existing shareholders from selling stock during their companies’ IPOs.

“There’s nothing wrong with selling existing shares during an IPO,” Wang said. “This is the prerogative of shareholders. Regulators shouldn’t intervene.”

Allowing existing shareholders to sell during an IPO would help offset the frenzied buying that causes stock prices to irrationally surge during an IPO, helping to solve one of the outstanding problems on the mainland’s equity market, he said.