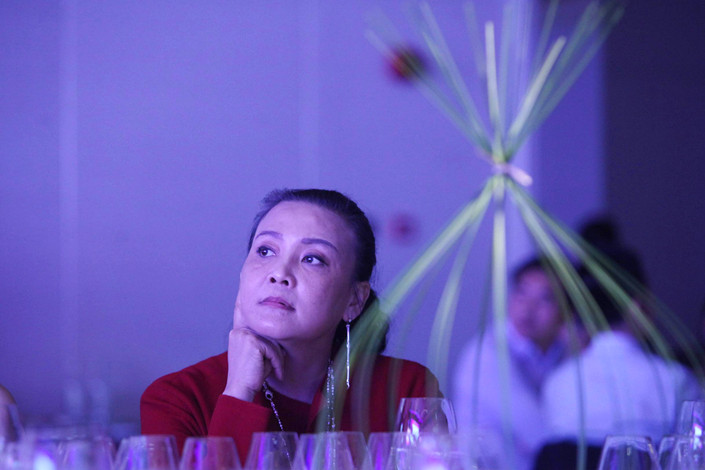 Celebrity restaurant owner Zhang Lan, a caterer for the 2008 Beijing Olympics and mother-in-law of Taiwan pop star Barbie Hsu, has been sentenced to a year behind bars by a Hong Kong judge.

It's the latest twist in a years-long legal tussle between Zhang, who founded the South Beauty chain of Chinese restaurants in 2000, and CVC Capital Partners, Europe's largest private equity fund.

In April 2014, after Zhang’s once-vaunted business made two failed attempts to go public in the mainland and in Hong Kong, CVC gained control of an 82.7% stake in South Beauty in a $300 million deal.

But, in 2015, CVC won a court order to freeze Zhang’s personal assets, over a dispute that neither side divulged the full details of. Reports circulated at the time that CVC was attempting to back out of the transaction.

Last year, a judge in Hong Kong found Zhang guilty of contempt of court for failing to disclose the existence of a “large art collection of substantial value,” despite being required by the 2015 court order to report all assets over the value of HK$500,000 ($63,700), according to a court document obtained by Caixin. A Hong Kong high court judge then sentenced Zhang to 12 months’ jail at a penalty hearing last week.

A subsidiary of CVC — La Dolce Vita Fine Dining Co. Ltd. — sought the asset freeze in order to recover more than $286 million from Zhang, according to the document. Zhang had “disclosed assets in the region of US$1.28 million only,” but reports of Zhang’s dealings with art auction house Christie’s suggested that her art collection was worth a lot more, the document added.

La Dolce Vita had submitted to the court in 2017 an interview with Christie’s from early 2015, in which Zhang said she had collected several hundred pieces of contemporary art over 20 years. But Zhang claimed under oath that her collection had become far smaller than stated in the interview by the time the asset freeze was ordered in March 2015 — a claim that the court did not find credible.

Zhang is appealing the judgment, her lawyers said in a statement on March 13. CVC did not respond immediately to Caixin’s request for comment.

In May 2014, Artnet News reported that Zhang had spent nearly $30 million at a single Christie’s auction.