Shares in Ping An Rise After Company Details $1.5 Billion Buyback

By Zhang Yu and Wei Yiyang 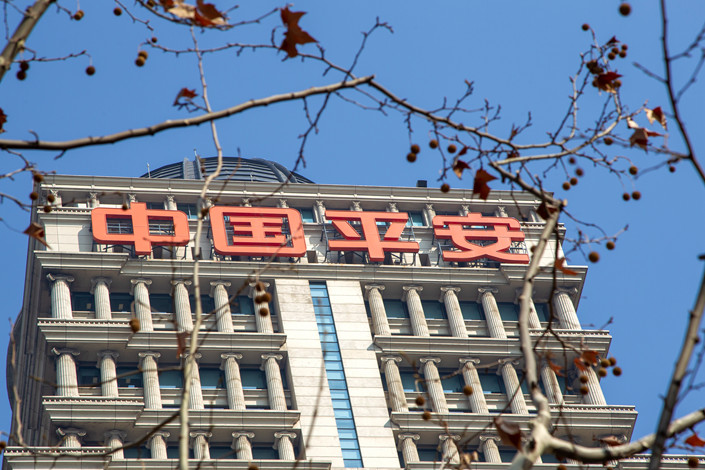 Shares of Ping An Insurance (Group) Co. of China Ltd., the country’s largest insurer by market capitalization, continued to rise Thursday after the company revealed specific details of a share buyback plan and indicated more repurchases could follow.

Ping An revealed in its annual report published Tuesday that it will repurchase between 5 billion yuan ($745 million) and 10 billion yuan worth of its Shanghai-listed shares within a year. The company is also listed in Hong Kong.

Yao Jason Bo, the insurer’s chief actuary, said at a press conference on Wednesday that Ping An has a long-term strategy for share repurchases and its board would not rule out further buybacks pending market conditions and regulations in Hong Kong and the Chinese mainland.

Ping An said announced the repurchase after reporting a full-year profit that beat estimates. The share buyback plan, which needs board approval, is expected to be used on plans such as stock incentives. The repurchase price for shares would not exceed 101.24 yuan a share, the company said in a statement.

Yao said the share buyback aims to give shareholders more returns in case company shares are undervalued in the volatile market. He repeated that the board would announce further buyback plans in the future as part of a long-term strategy. In October, the insurer said it planned to repurchase no more than 10% of group’s circulated stocks to boost investor sentiment.

Shanghai-listed shares in Ping An rose 3.3% to 71.54 yuan on Wednesday after the company announced its earnings. The streak continued by another 1.8% on Thursday.

Jessica Tan, Ping An’s co-chief executive, said there was no timetable to list the insurer’s most eye-catching health care and fintech units, including the online wealth management platform Lufax and online payment tool OneConnect, because funding was sufficient after the latest financing rounds.

Lufax, which completed C-round financing in 2018, has an estimated market value of $39.4 billion. OneConnect is now valued at $7.5 billion after an initial fundraising last year. Overall, the fintech and health tech sectors contributed only 6.4% to the insurer’s net income last year, just up from 5.5% in 2017.

“We basically won’t seek to be the largest shareholder, and won’t do hostile takeovers either,” said Tak Yin Chan, Ping An’s chief investment officer. “We’ll communicate with the management team (of firms in which we have invested) to achieve a win-win situation in the future.”

Chan didn’t respond to Caixin’s questions on Ping An’s A-share strategy or whether it missed the boat on the stock market rebound which started in mid-February.