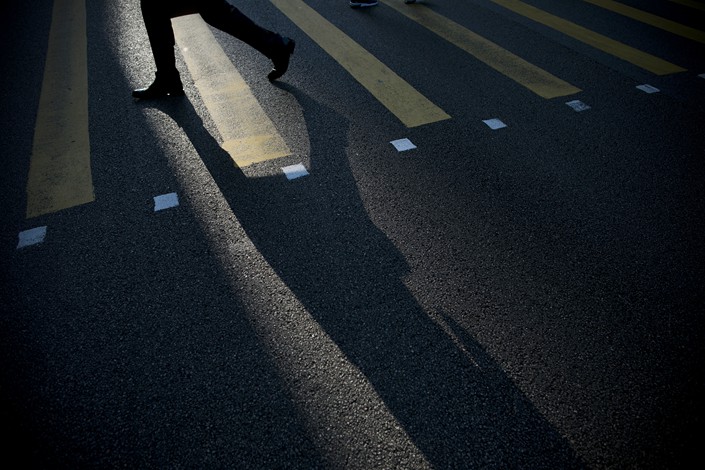 SNTON, a debt-laden materials maker in Shandong province, has filed for bankruptcy due to a liquidity crunch. Photo: VCG

*Creditors from one of the companies were unhappy to see it enter bankruptcy proceedings, as they worried local government intervention could see them short-changed on their investments

Concerns over the health of companies in the East China province emerged last year after a number of local private enterprises were hit by a debt crisis. Many of the companies had provided mutual guarantees for each other’s debts to obtain credit from banks, but that practice triggered a chain reaction of missed repayments on loans and bonds once companies faced cash-flow problems.

Two of the companies deeply entwined in the complex web of mutual guarantees — steel-cord maker Shandong SNTON Group Co. Ltd. and local industrial conglomerate Eastar Holding Group Co. Ltd. — have filed bankruptcy filings to a court in the city of Dongying. The court accepted the filings on Friday, according to the National Enterprise Bankruptcy Information Disclosure Platform, a website run by the Supreme People’s Court.

The filing said the court judged SNTON Group and Eastar Holding Group to be incapable of repaying their debts, but that the two enterprises are suitable for restructuring as the former still possesses fixed assets such as facilities and the latter has a full industrial chain of its business and is a leader in both its products and business networks.

According to a November note from Zhongtai Securities, as of the end of the first half of 2018, 48 private firms that provided guarantees for other firms’ bank loans had collectively guaranteed borrowing equivalent to 12.46% of their total net assets.

In late February, SNTON was hit by a bond selloff that pushed the value of one of its bonds down by more than 90% in one day amid a broader liquidity squeeze and cooling economic growth. The bond slump also followed the downfall of another two prominent Dongying-based private companies — Shandong Dahai Group Co. Ltd. and Shandong Jinmao Textile Chemical Group, — which both listed SNTON as the guarantor of their debts.

Controlled by the same person and among the top private businesses in Shandong, Dahai and Jinmao entered bankruptcy proceedings late last year after failing to repay billions of yuan borrowed from banks and the bond market.

Some SNTON creditors are unhappy to see it enter bankruptcy proceedings, as they worry they might be short-changed on their investments.

“We are worried about government interference,” a SNTON bond creditor who declined to be named told Caixin. “If the local government steps into the process under the name of economic protection, then it might require state-owned platforms to take over the assets of SNTON at a cheap price to complete the bankruptcy proceedings. But in essence, that would mean the company could simply get rid of the debt without repaying us fully.”

Another creditor told Caixin that such bankruptcy proceedings would be helpful to the local economy in the short-term, but would hurt bond investors in the long run as it could dent their confidence in investing in corporate bonds.

“Even if the company began bankruptcy proceedings, there needs to be a transparent mechanism,” the creditor said. “We have to be sure of the exact size of the assets, the debt and the solvency rate, and stick with those numbers in the company’s liquidation.”