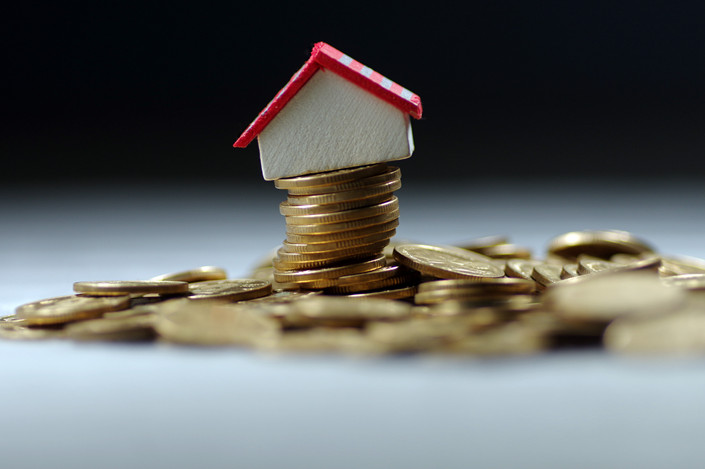 The specific progress of the draft law is still not publicly known. Photo: VCG

This is a difficult law to draft, not only because it touches on the major assets of every household, but also because it is closely related to the real estate market and land-based public finances. Every aspect of the law will have enormous consequences, which is why it faces resistance from all quarters. Legislators must now solve the problem of how to formulate a property tax law that will withstand the test of time, instead of simply reflecting the concerns of some groups or vested interests. Open-door legislation that allows all parties sufficient channels to express their concerns, before using the NPC-led mechanism to coordinate the interests of all parties, is the best way to solve this problem. The ultimate goal of open-door legislation is rational legislation and the use of procedural fairness to promote actual justice.

All major reforms must have a legal basis. According to the Legislation Law of China, the country’s basic taxation system, which includes the tax categories, tax rates and collection, must be based on law. The success of property tax collection depends on a fair and principled legislative procedure that tackles difficult problems. Additionally, the relationship between legislative speed and quality should not be ignored. One is often pursued at the expense of the other.

While there are different interpretations of what the goal of “realizing tax law by 2020” means, it’s clear that there’s an urgent need for property tax legislation. But paying too much attention to speed could mean sacrificing quality. Working around or avoiding major points of controversy in order to pass legislation quickly could easily result in empty legislation. Legislators must confront major issues such as the relationship between a property tax and land transfer fees, how to define housing and land categories, how to tax homes built on rural collective land, and so on. The more controversial an issue, the more public discussion there should be. Citizens have an inalienable right to express their positions on a major law such as this. Public discussion may appear initially to “interfere” with the legislative process, but it will help point legislators in the right direction, and make the process go faster than it appears. Even if the input from some well-known market participants isn’t completely sufficient, they may still raise valid questions.

The specific progress of the draft law is still not publicly known. Property tax legislation must be carefully prepared and coordinated. It is not difficult to draft a law, but it is difficult to guarantee its quality. Over the years, there have been more detailed discussions on the scope of real estate tax collection, exemption conditions and tax rates. Previously, the heads of relevant departments have also revealed some ideas, such as taxation based on assessed value and taxation to meet basic public service expenditures, such as local education. It’s clear that there is already a basic framework for approaching many issues.

We would like to make three suggestions, at the methodological level.

First, give full play to the principles of the NPC’s legislative leadership. “Leadership” involves organizing, coordinating and guiding legislation. For some major issues, the NPC needs maintain basic rules in disputes between departments. The current property tax legislation is being organized by the budget working committee of the NPC Standing Committee, in conjunction with the Ministry of Finance. The property tax law also involves the Ministry of Housing and Urban-Rural Development, the Ministry of Land and Resources, the State Administration of Taxation and local governments at all levels. When the NPC leads legislation, it should systematically prevent the most dominant departments from monopolizing the process. It’s worth considering further strengthening legislative openness when it comes to property tax legislation. The current information disclosure at the legislative review and voting level are insufficient. Even the dissenting opinions of some members of the NPC Standing Committee are not revealed to the public. Since the real estate tax legislation is of great importance, it is necessary to expand the scope of publicly available information. The opinions of various departments and local governments, especially on controversial issues, should also be disclosed. Public debate is the way legal knowledge of the property tax can be disseminated. The opinions of ordinary homeowners who face potential taxes should be treated with utmost care.

The smooth implementation of the property tax is also dependent on active initiative from local governments. Although the property tax has been clarified as a local tax, with revenue going to local governments, there still appears to be little enthusiasm for it. Compared with land-sale financing, the real estate tax provides smaller revenues, within tighter constraints. The new law must be clear when it comes to defining and regulating local powers and responsibilities.

Finally, the property tax law should not increase taxpayers’ overall tax burden. Tax reduction and fee reduction are currently seen as major tools for boosting China’s economic vitality. The current relevant taxes and fees are mainly concentrated in real estate development and trading, and they are already relatively high. As a related category of taxation, the basic principle of property tax is that it should not be higher than the existing tax level. Scientific analysis and calculation is needed in order to clear or merge other taxes and fees with the property tax. The finance and taxation department has noticed this problem. Experience shows that the details will determine the outcome.

Any law is the result of the interplay between different interests. Respecting the rights of all parties, especially the right of expression, is a prerequisite. The property tax law is so important that it should be a model for future open-door legislation. In addition, as a property tax is a direct tax, taxpayers will truly feel the whole tax burden, and will be more concerned about tax base, tax rates and tax revenue usage. This may help promote the modernization of China’s national governance.