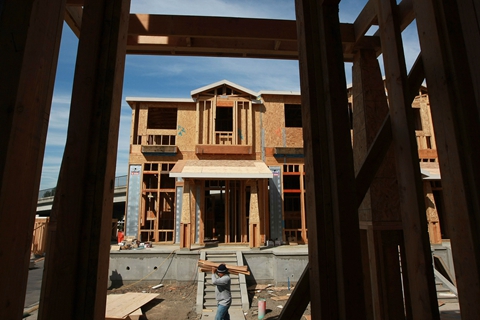 A draft law on China’s long-awaited property tax is being completed and will be filed for preliminary review by legislators “when conditions are ripe,” a senior lawmaker said Saturday, another sign the legislation might be gaining momentum.

The law is being formulated by the Budgetary Affairs Committee of the National People’s Congress (NPC) and the Ministry of Finance, said Wuritu, vice chairperson of the legislature’s Financial and Economic Affairs Committee.

“Relevant agencies are completing the draft and analyzing some of the key issues,” he said. “(The draft law) will be submitted to the NPC Standing Committee for the first review once conditions are ripe.”

The property tax law is one of the 69 bills the NPC aims to review by 2023, according to a five-year legislation plan published by the parliament in September.

Under China’s legal system, draft laws typically have to go through three reviews by the NPC Standing Committee before they are filed for voting.

The legislation setting up the levy may be gaining momentum this year after Premier Li Keqiang on Tuesday in his annual report to the NPC vowed to “steadily push forward property-tax legislation.” The law would pave the way for the imposition of a property tax nationwide, which has been under discussion for decades

Li Zhanshu, chairman of the NPC’s Standing Committee, said on Friday that legislators will “focus energy” on drafting more than a dozen major pieces of legislation this year, including a property tax law.

The comments caused stocks of major Chinese property developers to plunge on Friday, underlining fears about the impact of the tax on an already weakening real estate market.

Because the new tax will increase the cost of owning property, some analysts believe it will discourage speculation and serve to contain soaring real estate prices.

But local governments have been reluctant to support the new tax as land sales account for the lion’s share of their fiscal income. They are worried it will cause property values to fall and hurt demand for land.

Nonetheless, multiple experts have told Caixin that property tax legislation would be complicated and time-consuming. They said they do not expect passage of the legislation this year.