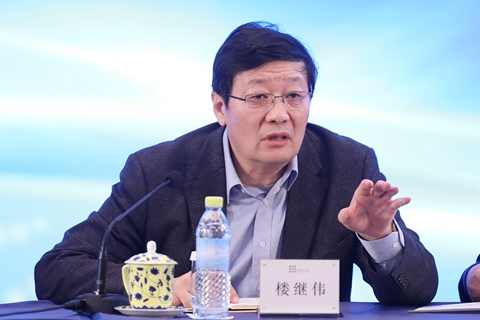 Lou Jiwei, an outspoken former finance minister who has headed China’s 2 trillion yuan ($297 billion) social security fund since 2016, has retired from the post, Caixin has learned.

Lou, 68, will be replaced by 58-year-old Liu Wei, a vice minister of finance, according to an internal announcement Monday at the National Council for Social Security Fund, Caixin learned.

The council manages China’s social security fund, which amounted 2.2 trillion yuan by the end of 2017 but has struggled to make ends meet amid the rapid aging of the country’s population. Since its establishment in 2000, the social security fund has booked an average annual investment yield of 8.44% with investment returns totaling 1.01 trillion yuan, official data showed.

Lou, China’s finance minister between 2013 and 2016, has been considered one of the most outspoken reformists in the Chinese government. As finance minister, Lou influenced tax system reforms that, for example, replaced China's business tax with a value-added tax, introduced resource and environmental tax regulations, and pushed for property taxes. He also advocated public-private partnership financing programs that encouraged private investment in public projects.

Before being named finance minister, Lou served in several high-level posts, including vice minister of finance, vice governor of Guizhou province, chairman of China Investment Corp., and chairman of Central Huijin Investment. He was named chairman of the social security fund council in November 2016 as he reached the retirement age for ministerial-level officials.

Lou has called for greater efforts to transfer part of state-owned enterprises’ equity to the national pension fund to tackle the looming shortfall. In an interview with Caixin in early March, Lou said such efforts have remained too slow as only five SOEs completed the 10% asset transfer and more than 10 are still filling out the paperwork.

In 2017, China’s pension funds collected 3.3 trillion yuan ($492 billion) and handed out 2.9 trillion yuan in payments, official data showed. But the system avoided going into deficit only because of subsidies from the central government.

Lou’s successor Liu Wei is the first vice finance ministry to head the social security fund, as previous chiefs of the council include one former central banker and four ex-finance ministers.

Liu started his career in the fiscal bureau in the southwest municipality Chongqing and climbed the ladder in the local government to become a vice mayor of Chongqing in 2013. Liu was appointed vice finance minister in 2017, overseeing national defense, treasury and inspection departments.