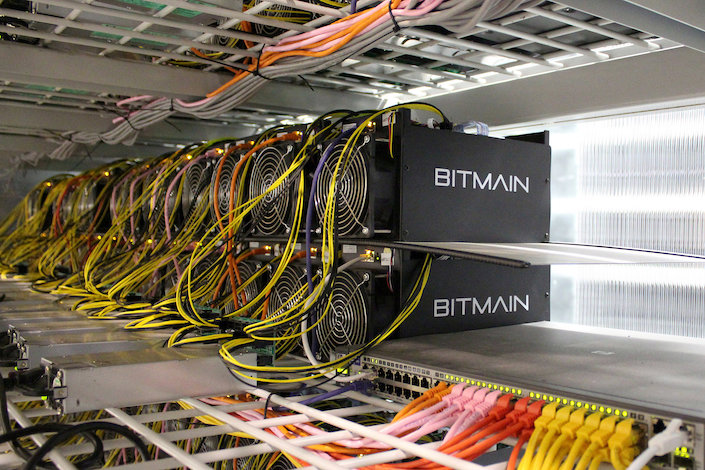 Bitmain Technologies Ltd., the world’s largest producer of cryptocurrency mining equipment, shelved a plan to float shares in Hong Kong after a tough year for the business and a top leadership shakeup.

Bitmain’s listing application, filed in September, expired Tuesday after reaching a six-month deadline under the rules of the Hong Kong Stock Exchange. The Beijing-based company, which sells chips and hardware for mining of virtual currencies, was set to raise as much as $3 billion in the world’s largest crypto-related IPO, according to media reports.

The company’s co-founders and controlling shareholders are stepping down as co-chief executive officers and handing the company’s leadership to chip designer and company veteran Wang Haitao, Bitmain reported Tuesday. Wang’s appointment as CEO ends the era of management by Wu Jihan and Micree Zhan, who started the business in 2013.

The two men hold a combined 56.25% of the company. Zhan will be Bitmain’s chairman, and both will remain as company directors, Bitmain said.

The cryptocurrency industry suffered a sharp downturn last year, wiping out nearly 80% of the outstanding market value of all cryptocurrencies compared with early 2018. Bitcoin recently traded at $3,920, down from a record high of nearly $20,000 in late 2017 and about $6,500 in late September when Bitmain filed its listing application, according to CoinDesk.

The industry also faces stricter scrutiny from regulators. The Chinese government has taken a hardline stance on the trading of cryptocurrencies because of concerns over speculation and fraud, although it has taken a more relaxed view of crypto mining.

In September 2017, Chinese authorities declared initial coin offerings a form of illegal fundraising and shut down local crypto platforms that facilitated such deals, forcing major virtual currency exchanges to move overseas. As a result, China’s share of global crypto transactions has dropped from 90% to less than 5%, latest official figures show.

Bitmain holds a 74.5% share of the world market for cryptocurrency mining hardware, according to the draft prospectus, which cited estimates from U.S. consulting firm Frost & Sullivan. The company booked net profit of $701.4 million in 2017 and raised $800 million from backers in 2018 but has struggled through mass layoffs over the past several months.

In a statement, Bitmain said it will restart the listing application “at an appropriate time in the future.” “We do recognize that despite the huge potential of the cryptocurrency and blockchain industry, it remains a relatively young industry which is proving its value,” the company said.

Despite the tough market environment, Bitmain said it has sufficient capital and its supply chain has maintained normal operations.

The company has set out plans to address the rising market uncertainties, including greater focus on artificial intelligence chip development and services, and internal restructuring to streamline business operations and resource allocation.

A previous version of this story misidentified Bitmain's chairman. It is Micree Zhan.