Hainan Must Learn From Hong Kong, Singapore in Its Modernization, Experts Say 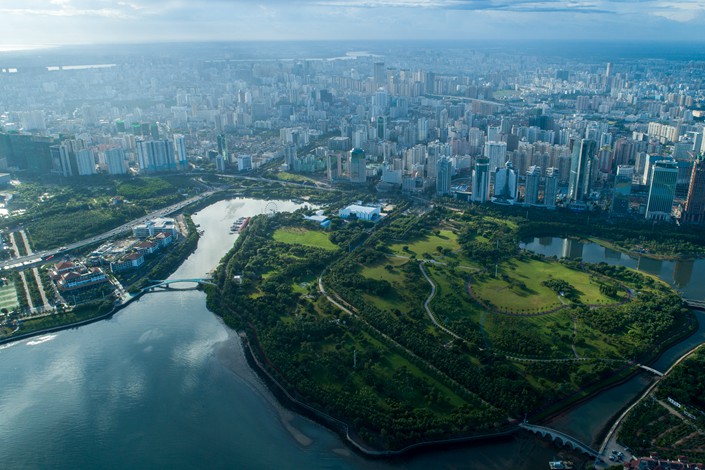 If Hainan province wants to develop into a successful free trade zone, it must develop and modernize its services industry and take lessons from Hong Kong, Singapore and Dubai, experts at the Caixin Boao Roundtable Forum said.

“Hainan will be an attractive place only if it has the most open policies in the whole country,” Chi Fulin, head of the Hainan branch of the China Institute for Reform and Development told the forum held in the southern province on Tuesday.

China’s central government has designated the tropical island province in the South China Sea as the country’s 12th free trade zone and aims for the pilot program to be underway in 2020. It will be the country’s first free trade port, set to open in 2025. However, Hainan will need to take advantage of its location and further open up for the project to become a success, experts said.

Chi said that one of the major challenges to developing Hainan’s free trade zone will be modernizing the province’s service industry, which is currently too small and too traditional. Along with tourism, health care is another potential area for development, specifically in terms of attracting medical tourism.

While Hainan’s trade in services has developed rapidly — growing 20%, according this year’s provincial government work report — it still lags far behind the rest of the country. In 2017, Hainan’s service industry was equivalent to only 1.6% of Hong Kong’s and only 0.8% of Singapore’s.

Hainan should also develop unique industries, such as the marine industry, tropical agricultural positions, and the green industry. So far, there has been no major green project in Hainan, Chi said. The island province should develop high-tech industries such as cross-border payments and innovative businesses.

Greater financial openness will also allow Hainan’s financial sector to grow, as it currently accounts for only 6.4% of the province’s gross domestic product, lower than the national average of 7.7%, Chi said.

Sun Dahai, the deputy director of Hainan’s reform office who was also at the roundtable, agreed that the province needs to make good use of land. To this end, Sun, who is also the secretary-general of the provincial party committee, said that the province has established a planning system, approved the implementation of the development plan of 16 cities and counties as well as the Yangpu Economic Development Zone, and had issued land use efficiency standards.

According to Sun, Hainan currently has about eight square miles of idle residential land that will be recovered or converted for use in other projects in tourism, modern services, or high-tech industry.

Sun emphasized that the development of tourism in Hainan should be based on security and stability. He said that horse racing would be part of plans to develop tourism, but gambling will not be allowed.

At the roundtable discussion, Cao Li, vice president of the Boao Forum for Asia Research Institute, presented the draft of a new report exploring how Hainan can take advantage of modernizing the service industry, preferential tax policies, and liberalized market access for development.