In Depth: Social Credit Scores as an ‘Everything Bucket’ 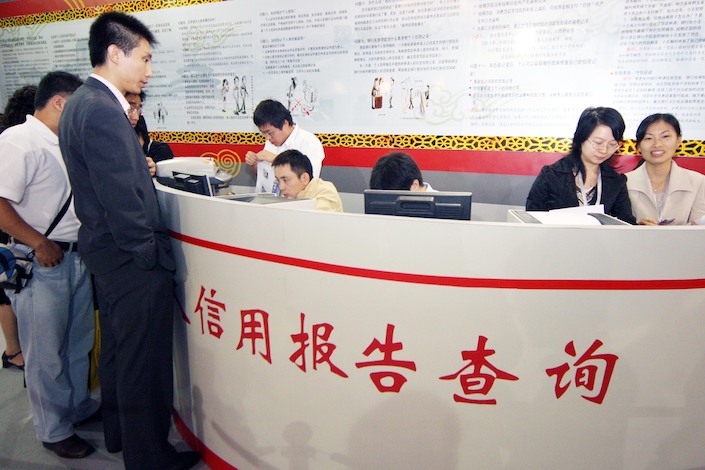 Local officials in China are gearing up to roll out scoring mechanisms to evaluate residents under Beijing’s initiative to set up social credit rating systems as experts call for more scrutiny of the systems.

From Suzhou in eastern Jiangsu province to Xiamen in southernmost Fujian, a growing number of Chinese cities have debuted local credit scoring systems to track the trustworthiness of every adult resident in their jurisdiction.

City officials often link local government-backed credit systems to the central government’s initiative back in 2003 to build “a social credit system under the basis of morality, property rights and law” to serve the country’s market-economy reform efforts.

In a 2006 policy document, the central government went into detail that the social credit system should focus on records covering loan repayments, tax payments, contract fulfillment and product quality, reflecting the system’s emphasis on financial credibility of businesses and individuals, according to Wang Lu, a former official at the central bank’s credit rating department.

But as local authorities plug in their versions of social credit ratings, residents have found they are landing in a more complicated scoring map. In Suzhou, residents can get higher points on their social credit ratings, known as Osmanthus scores after the city flower, for good deeds such as donating blood and doing volunteer work. Scores can be lowered for loan defaults, committing crimes or breaking traffic rules. And the scores can lead to easier or harder access for residents’ access to bank loans and other public services.

Such practices have fueled fairness concerns as critics say local authorities have extended the concept of social credit rating too broadly beyond measuring people’s financial credibility by applying a wide range of nonfinancial data.

Personal credit should be strictly concerned with money flows, assessing borrowers’ ability and willingness to meet financial obligations, analysts said. But in practice, the concept in China has been expanded to offer a gauge of people’s character, they said.

The expanded application of social credit scores may lead to abuse as it mixes the use of public information and nonpublic information, the central bank’s Wang said. Other analysts warned that some local authorities may have violated rules in collecting personal data for credit scoring.

In 2013, the State Council issued the Regulation on the Administration of Credit Investigation Industry, which spelled out rules on data collection and analysis for financial credit scoring. In 2017, the Cybersecurity Law outlined broader requirements on the use and storage of personal data for credit ratings. But some local authorities have ignored such rules in practice, said Liu Xinhai, a financial researcher at Peking University.

The supervision of credit scoring remains fragmented in China. Since 2012, credit scoring-related businesses are supervised by both the central bank and the powerful National Development and Reform Commission (NDRC). While the central bank oversees credit assessment in financial sectors under the 2013 regulation, the NDRC is in charge of a broader range of credit-related activities in the economy and is the main backer of the local credit scoring systems.

But there are cracks between the two regulators. In October, the NDRC unveiled a list of 26 companies as “comprehensive credit service institutions” in a pilot program. Although the NDRC said the list merely provides a reference of the quality of the companies rather than an approval of business licenses, market analysts widely saw the list as an official endorsement of the companies’ businesses.

However, some of the companies shortlisted by the NDRC had previously failed to obtain central bank approval for personal credit ratings.

The central bank has turned to a more prudent attitude toward the industry since 2017 as it decided to drop a pilot project to issue credit-reporting licenses to private, third-party players because of concerns over accuracy and misuse of credit reports.

Last year, the central bank consolidated a range of private, third-party credit rating enterprises into a unified personal information platform called Baihang Credit Scoring. The system compiles credit ratings based on individuals’ financial histories for use by banks and other financial institutions.

Some central bank officials have expressed concerns over the expanding local government-backed credit scoring systems. In 2015, the bank halted a system launched by the social welfare bureau in Jiaxing city, Zhejiang province, citing unfair treatment of citizens. In 2017, Chen Yulu, a deputy central bank governor, said it would be a deviation from the intention if local authorities use the systems to stratify people based on personal social credit scores.

The central bank has been communicating with local governments that are planning to launch social credit scoring systems. While some local authorities turned more cautious, others remain enthusiastic and see the projects as major achievements, said an official from the central bank’s credit bureau.

“Local governments should be allowed to explore,” the official said.

But such exploration needs to be subject to closer scrutiny and legal constraint, legal experts say.

“Governments’ collection and use of personal data should be limited to certain areas such as anti-terrorism. It can’t be expanded limitlessly to the entire public area,” said Wang Xinrui, a senior partner at Beijing Anli Partners. “Violation behaviors should be restricted by regulations and laws, rather than personal credit scores.”