Opinion: What the West Can Learn From China’s Decade of Sweeping Economic Change 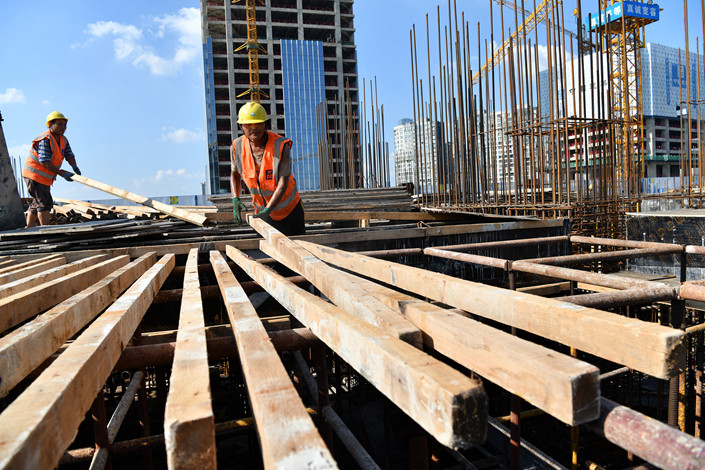 Constuction workers on the job in Changsha, Hunan province on Aug. 7, 2018. Photo: VCG

For the West, the year 2008 marked the beginning of a difficult period of crisis, recession, and uneven recovery. For China, 2008 was also an important turning point, but one followed by a decade of rapid progress that few could have foreseen.

Of course, when the US investment bank Lehman Brothers collapsed, triggering a global financial crisis, China’s leaders were deeply worried. Their concerns were compounded by natural disasters — including severe freezing rain and snow storms in the south in January of 2008, and the devastating Sichuan earthquake five months later which killed 70,000 — as well as unrest in Tibet.

At first, China’s fears seemed to be coming true. Despite hosting an impressive Beijing Olympics in August, its stock market plunged from a 2007 high of 6,124 to 1,664 in October 2008, in what amounted to a record-breaking crash.

But the Chinese authorities remained dedicated to their long-term plan to revise the country’s growth model, by shifting away from exports and toward domestic consumption. In fact, the global economic crisis served to strengthen that commitment, as it underscored the risks of China’s dependence on foreign demand.

This commitment has paid off. Over the last decade, many millions of Chinese have joined the middle class, which is now 200-300 million strong. With an average net worth of $139,000 per person, this group’s total spending power could amount to more than $28 trillion, compared to $16.8 trillion in the United States and $9.7 trillion in Japan.

China’s middle class is already wielding that power. China accounted for 70% of global luxury purchases annually over the past decade. Though per capita car ownership is only around half the global average, since 2008, the Chinese have consistently been the world’s leading auto purchasers, surpassing Americans. In 2018, more than 150 million Chinese traveled abroad.

For China’s authorities, fostering the emergence of such a formidable middle class was a crucial strategic opportunity. As Liu He, Chinese President Xi Jinping’s top economic aide, wrote in 2013, the goal for China, prior to the crisis, lay in becoming a global production center: achiving that would attract international capital and knowledge. After 2008, China’s strategic imperatives shifted to reducing debt risk and boosting aggregate demand, while deploying massive economic stimulus to encourage domestic consumption and investment, thereby decreasing China’s vulnerability to external shocks.

Thanks to such efforts — together with mergers and acquisitions to acquire key technologies and lucrative infrastructure investments in developed economies — China’s economy almost tripled in size from 2008 to 2018, with GDP reaching 90 trillion yuan ($13.6 trillion). Whereas China’s GDP was 50% smaller than Japan’s in 2008, by 2016 it was 2.3 times larger.

To be sure, difficult challenges emerged. Land and housing values soared, with urban real-estate prices rising so fast that many feared a bubble. Credit growth raised further risks. Overall, however,

But China’s leaders did not plan one crucial feature of this growth pattern, let alone bring it about with industrial policy: the consumption-focused innovative industries that barely existed in 2008 and that are increasingly propelling the Chinese economy today.

China is now the global leader in e-commerce and mobile payments. In 2018, mobile payments in China amounted to $24 trillion — 160 times the U.S. figure. The state-owned banks and petrochemical companies that were China’s top-ranking firms in 2008 have been surpassed by e-commerce and internet giants Alibaba and Tencent. Internet and technology firms are now creating tens of millions of jobs each year.

Meanwhile, the performance of the manufacturing sector — long the main engine of China’s development and still the country’s largest employer — has weakened, undermined in part by rapid wage growth. The result has been a fundamental change in the structural composition of China’s economy.

Yet rather than exploring this shift — which is not captured in traditional measures of GDP — many economists have focused on trying to poke holes in China’s growth narrative. A recent Brookings Institution study, for example, estimates that China’s economy is about 12% smaller than official figures indicate.

This does little good. The changes China’s economy has undergone over the last decade are sweeping, unprecedented, and essential. The world would be far better served by an effort to understand them than by attempting to prove that the country’s achievements are less impressive than they are