Zhang Jun: U.S. Has Overplayed Its Hand on Trade 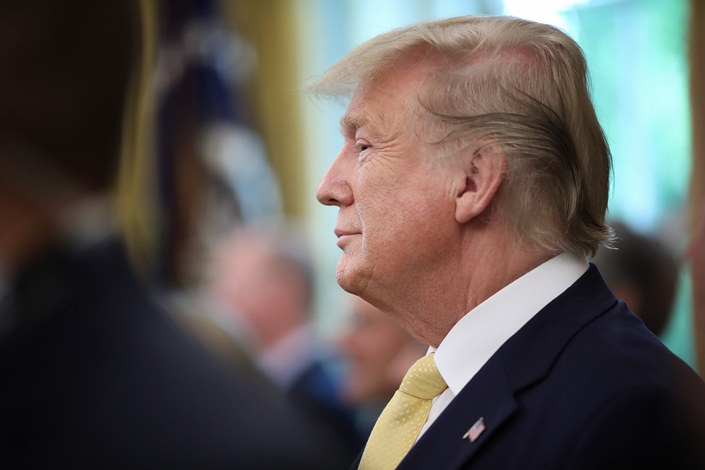 Just when a trade agreement between the United States and China appeared to be in sight, negotiators found themselves back at square one. The immediate reason for the disruption was China’s insistence on a substantially rewritten draft agreement, which, according to U.S. President Donald Trump’s administration, reneges on previously agreed terms. But the root cause of China’s changes to the draft — the reason behind its reluctance to meet U.S. demands — lies in a fundamental miscalculation by the Trump administration.

Simply put, the U.S. has been overplaying its hand. The agreement that China rewrote would have obliged the Chinese side to legislate some of the changes sought by the U.S., and it was negotiated amid an aggressive U.S. campaign against the Chinese telecommunications giant Huawei. That campaign has included adding the company to America’s trade blacklist, thereby cutting off its supply of critical technologies, and pushing allies to isolate the company as well.

While such actions will undoubtedly hurt Huawei, the company can eventually offset its losses by forging ties with other fast-growing Chinese tech companies. For the rest of the world, however, the Trump’s administration’s attacks on Huawei — and on China more generally — will have far-reaching consequences.

China is too deeply embedded in global supply chains simply to go away. Alienating the world’s leading manufacturer and industrial producer — with its consumer market of 1.4 billion people — will severely disrupt global value chains and cast a shadow over the entire world economy.

The Trump administration’s miscalculations may have resulted partly from acting in haste, in the hope of notching a “win” ahead of next year’s presidential election. But the U.S. also seems convinced that it is up against a China with a particularly weak hand, owing to the risk of a hard landing for its economy. That is not the case.

While China imports relatively little from the U.S., it may have more weapons than its opponent to deploy in this trade war. Beyond retaliating directly, through tariffs on agricultural products and commercial aircraft, it could tighten capital controls, dump its unparalleled holdings of U.S. Treasury debt or allow its currency to depreciate. (The wave of competitive devaluations triggered by the latter option would destabilize the U.S. dollar, as well as the international monetary institutions.)

So far, however, China has shown considerable restraint. For example, despite the yuan’s recent depreciation against the U.S. dollar, the People’s Bank of China has expressed its intention to maintain exchange-rate stability. Even if deepening tensions with the U.S. over trade and technology force it to take some short-term retaliatory actions, China is likely to maintain this restraint for the foreseeable future.

The reason is simple: this moderate approach serves China’s own long-term interests, both directly (by supporting continued economic growth and development, preserving social stability, and protecting state integrity) and indirectly (by avoiding further costly disruptions to global markets). Ironically, it also will compel China’s commitment to the very structural reforms that the U.S. claims to be seeking.

The trade war has highlighted the risks inherent in maintaining an open economy. But, rather than slam the door shut on the rest of the world, China is attempting to protect the global economy’s stability.

China’s leaders do not believe that the trend of capitalist-led globalization — in which China has been both a leading beneficiary and, increasingly, a major contributor — will be reversed any time soon. Because the U.S. remains, in China’s view, the world’s preeminent defender of the free markets toward which China is moving, its deviations from free-market orthodoxy and abuses of state power could shake America’s own economic foundations and threaten its institutions.

To be sure, China and the U.S. will most likely become increasingly estranged. China will develop its own core technologies, in order to end its dependence on the U.S., and build up the strategic sectors that will propel its economic development.

But such technological progress on China’s part will, in any case, require the country to implement structural reforms. In particular, it will have to protect intellectual property rights and establish more efficient capital markets, in order to encourage basic scientific research, technological innovation and entrepreneurship. Recognizing the role of capital markets in promoting technological innovation, China will open a Science and Technology Innovation Board at the Shanghai Stock Exchange later this month.

This is not to say that China will close the door on trade negotiations. On the contrary, the U.S.-China trade relationship does have its structural imbalances, which China is willing to address.

But, rather than allow the Trump administration to push it to increase imports unilaterally — an approach that is both naive and reckless — China is insisting on resolving the problem in stages. The world should support this method, with the U.S., in particular, relaxing restrictions on exports to China and welcoming Chinese investment in the U.S.

To many, China and the U.S. appear to be falling into the “Thucydides Trap,” a self-fulfilling prophecy in which a hegemon, fearing a challenger, brings about a war for global dominance. But, even as the economic contest between the two countries continues, this outcome is far from inevitable.

A lack of mutual political trust has not prevented the U.S. and China from engaging in mutually beneficial commercial collaboration over the last 40 years, nor has it hampered the recent surge in cultural, educational, and other exchanges. At a time when the two countries face many common challenges – including climate change, nuclear threats, terrorism, poverty, and financial-market stability — one can only hope that the U.S. administration once again shows the vision and wisdom needed to renew such cooperation with China.