China Strikes Back by Raising Tariffs on U.S. Products 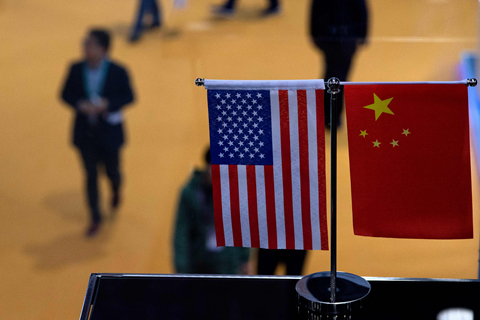 China raises tariffs on $60 billion a year of American goods in retaliation for tariff increases by Washington. Photo: IC Photo

The trade war drums are pounding again as Beijing struck back at the U.S. by raising tariffs on products worth $60 billion annually in retaliation for Washington’s latest move to jack up duties on Chinese imports.

The renewed clash came as the latest round of high-level talks ended Friday without a deal and U.S. President Donald Trump more than doubled duties on $200 billion a year of Chinese imports and threatened to slap tariffs on even more goods. At the same time, both sides have signaled intentions to continue conversations.

China will increase tariffs on about 5,000 American products to as much as 25% starting June 1, the government said late Monday. The move is a response to U.S. “unilateralism and trade protectionism,” according to a statement (link in Chinese) issued by the Tariff Policy Committee of the State Council, China’s cabinet.

China still hopes negotiations will get back on track and an agreement can be reached on the basis of mutual benefit and respect, the committee said.

The tariff increases will apply to most of the goods listed on a previous retaliation list effective last September, according to the statement. Duties on about 2,493 items will rise from 10% to 25%, including meat products, frozen fruits, liquefied natural gas, textiles and a wide range of petrochemicals.

Crude oil, auto parts and large aircraft are excluded in China’s latest tariff list. The Tariff Policy Committee said in a separate statement that certain companies can seek remedies from the punitive tariffs by applying for waivers.

The escalating trade war sent U.S. stocks sharply lower. The Dow Jones Industrial Average tumbled as much as 700 points in the morning. The S&P 500 Index fell 2.4%, and the Nasdaq dropped 3.3% by mid-day.

Geng Shuang, a spokesman of China Foreign Affairs Ministry, said Monday China would be ready to defend itself.

"China will never bend to external pressure," Geng said. "We are determined and capable of safeguarding our legitimate rights and interests. We still hope that the U.S. will meet us halfway."

Shortly after China’s announcement of the new tariffs, an anchorman for the state broadcaster read a commentary during a live, prime-time evening news program, saying China doesn’t want to fight a trade war initiated by the U.S. but is not afraid of it.

"If we talk, our door is always wide open; if we fight, we'll fight to the last," the anchorman at China Central Television read.

Senior trade officials from China and the U.S. completed the last round of negotiations Friday in Washington, the 11th such round since February last year. Although no deal was struck, China’s top negotiator Vice Premier Liu He told media after the meeting that trade talks with Washington did not “break down,” echoing Trump’s remark on Twitter that conversations on the trade dispute would continue.

Liu said disagreements in the negotiations lay in three areas — China’s demand for a complete removal of tariffs, while the U.S. wants to leave at least some tariffs in place; how much in goods and services China will be required to procure from the U.S.; and the intricacies of the wording in the bilateral trade agreement.

This story has been updated to correct the amount of imported U.S. products that China will raise tariffs on. It is $60 billion worth of goods.