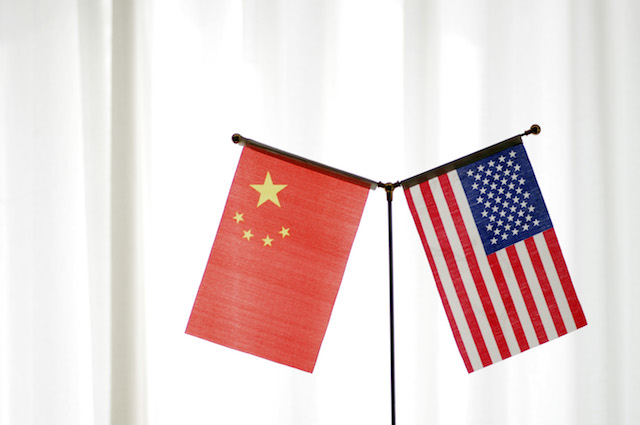 *China “will take necessary countermeasures” after U.S. decision to up tariffs on $200 billion worth of Chinese goods to 25% from 10%, Ministry of Commerce said

(Beijing) — Beijing will retaliate against the increase in tariffs on Chinese imports imposed by the U.S. government on Friday, the Ministry of Commerce said, urging Washington to settle their trade dispute through dialogue and negotiation.

“China deeply regrets” the U.S. decision and “will have to take necessary countermeasures,” the ministry said in a two-line statement (link in Chinese) on its website minutes after the higher tariffs went into effect at 12:01 a.m. Washington D.C. time, which was 12.01 p.m. Beijing time. “We hope the U.S. will meet China halfway and make joint effort (with us) to resolve our problems through cooperation and consultations.”

Implementing a threat made by President Donald Trump on May 5, the U.S. increased punitive tariffs on $200 billion worth of Chinese goods to 25% from 10% on Friday even as high-level bilateral negotiations aimed at reaching agreement to end the trade dispute were taking place in the U.S. capital.

The U.S. Trade Representative filed paperwork the previous day to formalize Trump’s threat which was made via his Twitter account. Trump’s tweets, which criticized bilateral negotiations for moving “too slowly,” also threatened to subject another $325 billion worth of Chinese products to a similar punitive rate.

The tariffs were increased even after negotiations on Thursday between U.S. officials, led by U.S. Trade Representative Robert Lighthizer and Treasury Secretary Steven Mnuchin, and the Chinese delegation led by Vice Premier Liu He.

Speaking to reporters before the talks began, Liu said he had gone to the U.S. with sincerity and “hope to exchange views with the U.S. in a very rational and candid manner under the current special circumstances.

The White House in a statement released after the first day of talks said that Lighthizer and Mnuchin met with Trump in the evening to exchange views on the ongoing negotiations, before the two officials had a working dinner with Liu and “agreed to continue discussions” on Friday.

Gao Feng, a spokesman for the Ministry of Commerce, told a regular briefing on Thursday that China rejected U.S. accusations the country had “backtracked” or “reneged” on commitments made during the previous rounds of bilateral trade negotiations.

“China has never changed its stance on being trustworthy and keeping its promises,” he told reporters. “Negotiations are a process of exchanging opinions, resolving problems and reaching consensus. It is only natural that the two sides have different views.”

For more news and analysis on the U.S.-China trade war, click here