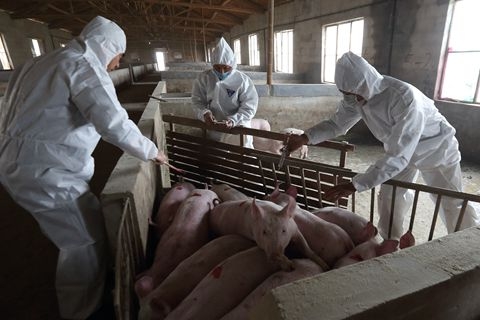 China has reported the first case of African swine fever in the Tibet Autonomous Region, according to a government statement released on Sunday.

Authorities have confirmed the deaths of 55 pigs in southeast Tibet’s Linzhi (also known as Nyingchi) city, the Ministry of Agriculture and Rural Affairs said.

The ministry has sent a team to the site to contain the disease. The area is also now blocking imports of live pigs, as well as the exports of both live pigs and pork products, the ministry said.

China reported its first outbreak of African swine fever in August 2018. Since then, the disease has wreaked havoc on pig farms across the country, and over one million pigs have been culled.