Deadly Explosion’s Impact Continues to Be Felt on Capital Market 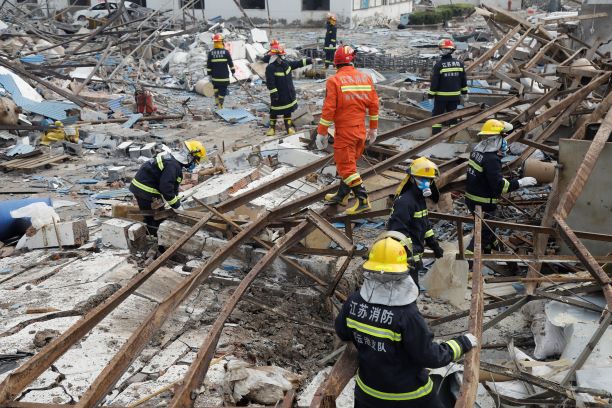 The effects of a deadly factory explosion in east China’s Jiangsu province continue to ripple outward, weeks after the fact.

The tragedy last month, which resulted in 78 deaths, has raised concerns about industrial safety among both high-level officials and the general public – and led some to suspect that safety regulations may become stricter in the near future.

On Thursday, the city of Yangcheng announced that it will “completely” shut down the Xiangshui Chemical Industrial Park, where the explosion took place. Analysts speaking with Caixin believe closings like this may be more frequent going forward, as inspection procedures become stricter and officials are more cautious about approving new projects, due to safety concerns.

If this proves to be the case, the prices of certain chemical products could surge, potentially affecting overall market supply, the analysts tell Caixin. The scenario could be similar to that of the cement industry, in which a crackdown on pollution caused the sector’s profits to surge.

On Monday, the first trading day after the announcement and a three-day national holiday, A-share stocks of leading listed chemical companies performed impressively, an indicator of the market’s strong interest in the sector.