Editorial: An Effective Amendment to the Bankruptcy Law Will Put Local Governments Back in Their Place 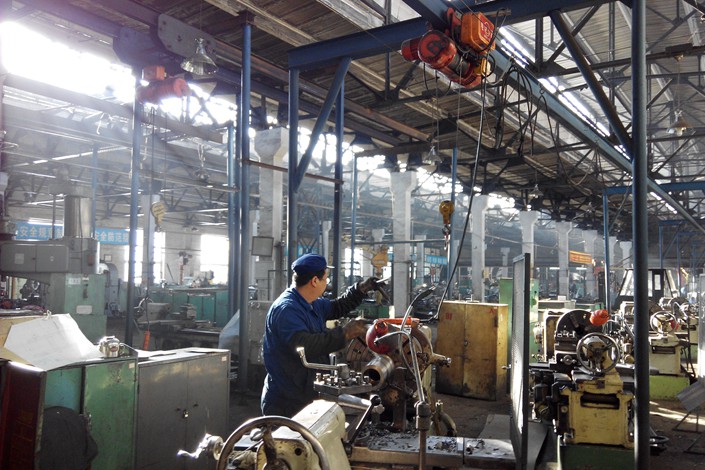 There has finally been new movement towards amending China’s bankruptcy law, which people from all walks of life have been seeking for a long time. Recently, a member of the National People’s Congress Financial and Economic Affairs Committee revealed they are planning to create a new committee to draw up a draft amendment to the bankruptcy law in June.

Amending this law will touch on many different areas: the scope of the law’s application, the conditions for bankruptcy, bankruptcy procedures, improving and reorganizing the system, strengthening connected systems and other important content, and may even include suggestions from the academic community, such as including an individual bankruptcy system. Amending the bankruptcy law will be extremely complicated, but the most important thing is to put local governments back in their place.

Without a sound bankruptcy system, there is no way for survival of the fittest to be realized and the market economy will never completely mature. The current bankruptcy law was implemented in 2007, establishing a bankruptcy system for modern enterprises in China. However, judicial practice has increasingly exposed the law’s major shortcomings. Most Chinese firms do not go through the formal bankruptcy procedure when withdrawing from the market. The resolution at the Third Plenum of the 18th Central Committee of the Communist Party of China said that “we will improve the market exit system in which the good eliminates the bad, and perfect the enterprise bankruptcy system.” Since 2016, the number of companies filing for bankruptcy in China has risen, but it is still disproportionate to China’s economy, demonstrating the bankruptcy law is far from playing a full role. At present, the law is incompatible with the requirements of supply-side structural reform, and it is difficult to fully eliminate backward production capacity and “zombie enterprises.” Amending the bankruptcy law is an opportunity to perfect the system and put bankruptcy on the track of legalization and marketization.

It is undeniable that bankruptcy — especially the bankruptcy of state-owned enterprises — has a major impact on the local area and inevitably involves various interests. The participation of local governments is indispensable, but such participation must be premised on respect for markets and the rule of law. The main criticism of the handling of the bankruptcy of LDK Solar and other similar cases has been the intervention of local governments. It seems that for a time, local interests won over other concerns, but such willful actions aggravate the government’s unlimited responsibility for the enterprises, worsen problems with the firm’s soft budget constraints, and does great and far-reaching harm to the local business environment. The main reason for the success of the Dongbei Special Steel Group restructuring project was due to the smooth information sharing and cooperation between the debt committee and the local government. Negotiations with strategic investors were organized by the local government, the debt committee was fully involved, and the government was responsible for maintaining stability and placing employees.

For a long time, all parties have been reluctant to implement bankruptcy proceedings due to a lack of understanding of the functions of the bankruptcy law coupled with the constraints of competing interests. Local governments believe that bankruptcy is a black mark on their achievements and banks are afraid to expose non-performing loans. However, if there are more and more successful cases of enterprises being rescued through the bankruptcy system, especially through restructuring, it will become more popular.

How to restrain the actions of local governments should be one of the primary issues dealt with in amending the bankruptcy law.

First, the court should assume responsibility for bankruptcy trials and exercise its power independently. There have been some bankruptcy cases that should have been filed but were excluded by the court. Whatever the reason, they prove the weakness of the judicial system itself. In recent years, the concept of coupling the government and court has been praised, but the meaning of “coupling” is ambiguous, and the court should never blindly follow the local government. Strengthening the judiciary’s role in bankruptcy cases cannot be separated from improving the status of courts. However, it also requires strengthening the professional construction of the judiciary, such as through the establishment of specialized bankruptcy courts.

Secondly, moving bankruptcy towards marketization and rule of law cannot be separated from improving the bankruptcy administrative system — the core structure of the bankruptcy mechanism. The administrator performs duties such as taking over the debtor’s property, determining what happens with the debtor’s internal affairs, managing or disposing of the debtor’s assets, and more. The current law introduced this system and was intended to strengthen market factors and remove the problems of government intervention in judicial proceedings of the past. However, the reality is far from the original intent of the legislation. If the liquidation group is comprised of personnel from relevant government departments or agencies, in essence it becomes a government outpost, and managers from law firms, accounting firms, and bankruptcy and liquidation firms are also likely to become “puppets.” With a new amendment, the administrative system will be strengthened. The academic community has called for a bankruptcy administrator to be determined by the creditors, for increased participation of legal and accounting professionals, and for more specific qualification standards for the bankruptcy administrator in business, experience, and ethics. Such reasonable proposals should be reflected in the revision of the law.

Finally, the problem of incentives for creditors and debtors should not be neglected. Banks and other financial institutions are responsible for any mess, which anybody leaves, once they have entered the bankruptcy proceedings. However, under the current system, bank management does not have any incentive to take the initiative, and sometimes risks are delayed or covered up rather than tackled head-on. Debtors will only be willing to embrace the bankruptcy system if there are transparent bankruptcy procedures and effective mechanisms that protect the legitimate rights and interests of debtors. Obviously, besides the legal amendment, the improvement of relevant supporting mechanisms is also imminent.